Brilliant Recent Posts
Let's Take Back All the Debates
The Week the Joker Struck and the Shit Hit the Fan...
In Amerika, the "K" Stands For Kafka
#46Cowards
...and John Singleton Copley Wept
Double Bombing at the Boston Marathon
Good Times at Pottersville, 4/14/13
No, Janet Mefferd, we're not going to gas you
Den of Thieves
Hump Day Open Thread


The News at a Furtive Glance
Posted by jurassicpork | 2:16 PM 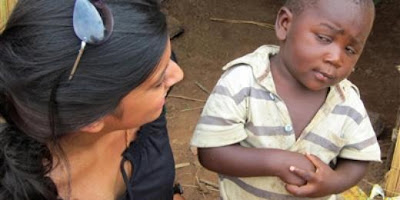 Spanning the globe to bring you the constant variety of right wingnuttery... the thrill of Democratic victory... the agony of Republican defeat... the human drama of psychological degeneration ... This is Pottersville's News at a Furtive Glance!
This Raw Story headline should've read, "Kidnapping for Christ." Apparently, the faculty of Northwest Rankin High School in (where else?) Flowood, Mississippi were caught illegally imprisoning and kidnapping students by forcing them to attend assemblies of Christian propaganda. According to several witnesses, teachers actually blocked the exits to prevent students from fleeing during these Two Minutes Hates in which one godly windbag said, "“See, before Jesus came, innocent blood had to be shed for our sins. There had to be an animal that was sacrificed to atone for our sin. There had to be innocent blood. So Jesus came and he was the innocent blood because he lived a perfect life."
Obviously, this is a clear-cut violation of the establishment clause in the First Amendment of the Bill of Rights, not to mention a clear-cut violation of Miss. Code Ann. § 97-3-53 which prohibits one person from kidnapping and detaining another. There is pending litigation although, as far as I know, no one has actually charged these school officials with kidnapping despite the fact a very good case could be made for kidnapping. This means that unless kidnapping charges are successfully prosecuted, not one school official will even see the inside of a police interrogation room let alone a court room let alone a prison cell while countless scores of students were illegally held against their will with what obviously amounts to impunity.
Professional Republican assclown Todd Akin is acting like a legitimate rape victim these days. Just recently, Congressman Combover told KDSK News that he's "relived" his "legitimate rape comments" many times and wished he'd never uttered those words. You know, sort of like a woman who was legitimately raped and has had to relive those horrifying moments while wishing it had never happened.
Oh, and he hasn't ruled out another political run, either. I guess no one's sent him the memo that the Missouri voters plus the Missouri GOP had already ruled out that possibility for him.
We've already visited the informal opening of the Bush Preznidenshul Libary yesterday but what some of you may not know, in case you missed Jon Stewart's take on it yesterday, Esquire was there and came up with an interesting discovery at the Decision Points Theater (of the Absurd). Apparently, if you choose not to invade Iraq, a recording of George W. Bush tells you you're wrong because, “Saddam posed too big a risk to ignore...the world was made safer by his removal.”
In other words, even though no WMD were ever found and Bush was wrong, we're still wrong for pointing that out. Tellingly, there are really no good things to point to in Bush's reign of terror and all the historical events at the Decision Points Theater are dedicated instead to Bush's biggest fuck ups (such as invading Iraq, Katrina, 9/11, etc.). For a guy who's publicly saying history will be his ultimate judge, Junior's sure spending a lot of money trying to dissuade the public from thinking he was a dry-drunk, brain-damaged rube who got elected not by We the People but a right wing Supreme Court.
After right wing spinmeister Frank Luntz asked that all recording devices be turned off (which he ought to know is an open invitation for all muckrakers to leave at least one on, as Mitt Romney can tell you), Luntz then said that people like Rush Limbaugh and Mark Levin were killing the GOP and have become "problematic" (Read: Loose cannons). While this is hardly a brilliant observation for Captain Obvious, it shows the GOP really is seriously moving away from its old guard and that Limbaugh's days are numbered. Especially as the establishment GOP is slowly realizing he's killing like fatted calves anointed ones like Marco Rubio. That would be the same Limbaugh who's cost Clear Channel something on the order of almost 2500 sponsors since his despicable "slut" comments about Sandra Fluke.
I know that, right now, our thoughts and prayers regarding toxic oil spills ought to go to our fellow Americans in Mayflower, Arkansas, but this recent news item from the BP oil spill from three years ago is still pretty relevant. Apparently, Corexit, the oil dispersant used in the wake of the Gulf Coast oil spill, is just as deadly for marine life, if not moreso, than the oil itself. Here's what CEO Bob Dudley, one of their executives, told shareholders three years ago:


“The toxicity of Corexit is about the same as dish soap, which is effectively what it is and how it works. In hindsight no one believes that that was the wrong thing and it would have been much worse without the use of it..."

So, there you go. No problem, says a self-dealing, self-interested executive thinking no further down the road than damage control. Well, a lot of organisms and sea mammals such as bottlenose dolphins disagreed by having the temerity to die along the Gulf coast because Corexit, when it comes into contact with crude oil, makes both more toxic than the oil itself.
The question we ought to be asking ourselves is, why did the government give its blessings to BP for using this dispersant without first asking for an environmental impact report or peer-reviewed scientific studies of this chemical? Or does such a regulation mandating such studies even exist? And if not, why?
Do we really give a flying fuck what Glenn Beck has to say about any subject under the sun, especially conspiracy theories regarding the Boston Marathon bombings? Nah, didn't think so. Let's move on, then.
Entertaining as is the prospect and spectacle of right wing nut jobs eating their own after the 2012 election, the only thing that curtails total schadenfreude over the likes of Michelle Malkin chewing up Donald "The Human Orange" Trump  & Co. is imagining the aftertaste. Well, being the class act that she is, Malkin then let bygones be bygones and... went after a new target, this time fellow hasbeen and alsoran Grover Norquist.
On Fox "News'" intellectual flea circus recently, Malkin had a Boston Marathon Bombing conspiracy theory of her own by tying Grover Norquist indirectly to the bombers and people they may have met... somewhere... some time...What's truly entertaining about this Republican autocoprophagy is that Malkin's not even the first to try to link Norquist to Islamic terrorism. Nearly a decade ago, David Horowitz and Frank Gaffney already tried connecting the dots between the pudgy tax dodger and Allah.
Oh, this is good. Just in time for the stumblebum comeback of George W. Bush comes this NY Times article quoting the Obama administration as saying the intelligence community has "varying degrees of confidence" that Syria has used chemical weapons on its own people. If you thought obfuscation during the Bush years regarding Iraq and its WMDs was the height of Orwellian bullshit, this new phrase "varying degrees of confidence" just elevates the game. "Varying degrees of confidence" mean, obviously, that people in the CIA who don't make or influence policy have something of a problem with the Obama administration's new hardon for its next imperialist invasion and regime change over possibly non-existent chemical weapons.
If only Obama drew a line in the sand similarly prohibiting oil companies like BP and Exxon from killing and poisoning the American people with their own toxic chemical weapons...
Speaking of executive scum in the petroleum industry and the American politicians who love them, how about this? Exxon is making full use of a loophole in the laws, one that allows it to escape paying any money whatsoever into the fund used to clean up oil spills such as the one we'd seen last month in Mayflower, Arkansas. Apparently, the loophole preventing Exxon from kicking in to the fund despite its great desire, I am sure, to act in the interests of the public welfare stems from 1980 when a law inexplicably separated bitumin, which is what spilled in Arkansas, from actual petroleum, even though the product that spilled out was heavy crude.
Lastly, why in God's name would the Department of Homeland Security purchase 1.6 billion bullets over the next five years if not with the intention of using them against American civilians or keeping them out of our hands? Oh, they're now telling Congress they're buying only three quarters of billion bullets? Whew, OK, then! That certainly puts my mind at ease. Because we all know the Obama administration would never lie to us, subvert our first amendment rights and turn us into 300,000,000 potential terrorists and criminals, now would it?
By the way, the more of a product you buy, the more that industry expands. So if the government through the DHS is thinking of keeping all those bullets away from us, they're doing it wrong.
0 comments