In Amerika, the "K" Stands For Kafka
Posted by jurassicpork | 2:44 PM 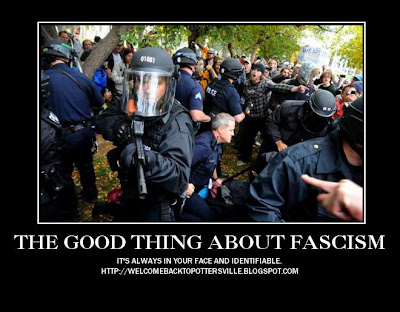 Anonymous said...
American customs seized my new bank debit card when it was mailed to me in Peru. Insane.

e.a.f. said...
The terrorists won the day the American government started to restrict peoples' rights and violate the American consititution. The U.S.A. isn't all that different now than China or Russia or Syria or any other dictatorship. Sort of like Chile and Argentinia, back in the day.

Thursday evening I watched Jon Stewart and Stephen Colbert's shows. There was an interesting point. 900,000 people had been killed in the U.S.A., by guns in the past 30 yrs. In the past 40 years about 3,400 Americans had been killed by terrorists. They haven't done much about guns but they sure decided to eliminate a lot of rights people used to have under the Constitution, all in the name of "fighting terrorism". It isn't about fighting terrorism. Its about supressing disent.

Sitting here in Canada, it would be funny if it weren't so serious. In a country which proports to be all about "freedom" they pass laws to prevent people from suing a corporation like Monsanto and want to "investigate" a cheque being sent to you.

There is only an illusion of "freedom" because people have more money than they do in dictatorships and a few independants still report on news.

Syrbal/Labrys said...
::::head desk::: My veteran-in-college son is writing his capstone to graduate on the effects of the Patriot Act and other post 9-11 Constitution flushing laws. His prof is giving him ENDLESS shit over how he is being "hyperbolic" .....yeah, I bet that guy wouldn't think so if he was in your shoes!
4/25/13, 1:18 PM
Post a Comment
<< Home
Contact
Home
Email:
brilliantatbreakfast at gmail dot com
RSS