Brilliant Recent Posts
While You're Blowing Out Your Candles, Blow Me, Too
None Dare Call it Treason
Hounded to death?
Leave Seth Alone!
"Mr. Wonder, Mr. Orbison, This is What Color Looks...
We Need a Good Samaritan Law For Wall Street
How Much Wood Can the Log Cabins Chuck?
Just checking in
The Terrorists Haven't Won... Yet.
Has it Really Come to This?


Will Mint Juleps Be Served, Too?
Posted by jurassicpork | 1:02 PM 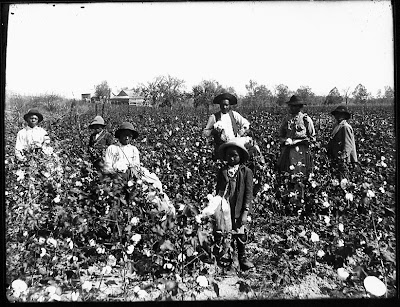 It always amazes me on Twitter and elsewhere on the intertubez when right wing nut jobs bristle at the thought of being reminded of their racism and their adopted political party's enduring love affair with fascism. One such person denounced what I'd said about the Republican Party's stubborn adherence to Nazi policies by using the hashtag #GodwinsLaw.
But where does it say that Godwin's Law necessarily involves falsehoods and spurious charges of fascism? It's one thing to label someone as a fascist and another thing entirely to be able to quantify it. And anyone who knows of Prescott Bush's past as Hitler's main American financier, his attempt in the early 1930's to use Gen. Smedley Butler and right wing industrialists to undermine FDR's administration and to replace it with a right wing government modeled on Hitler's new National Socialist Party in Nazi Germany and Operation Paperclip can easily find the one degree of separation between the Republican Party and fascists and rascists.
Therefore, it was no surprise when we found out this week that the Republicans were holding a retreat this week on women and minority outreach on a former plantation and that tomorrow's Gun Appreciation Day was, until a public outcry forced their disinvitation, co-sponsored by a white supremacist group. Fox "News", naturally, is heavily publicizing the gun event that's to take place just two days before we observe Martin Luther King's birthday and just three days before the president's second inauguration. Just as naturally, Fox failed to omit from the record that the American Third Position (A3P), a nakedly fifth column organization, was to co-sponsor this event designed to give some consensus to gun-clutching Alex Jones-listening white conspiracy theorists.
At the very least, the plantation shindig in Virginia ostensibly to host discussions on women and minority outreach on a venue where African Americans were enslaved and women raped and beaten betrays just how tone-deaf the latter day GOP is to their hideous judgment, timing and counterproductive irony that follows them like stink on shit. And that, in turn, is a form of racism and misogynism, however passive, understated or subdued through political correctness.
The GAD organizers showed a similar tone-deafness and insensitivity by not even going on Google or Wikipedia to vet the lunatics who wanted to sponsor the gun-glorifying event. Their very proposed involvement merely solidified suspicions those of us in the reality-based community already knew: That 2nd Amendment gun nuts are merely thinly disguised racists sympathetic if not being an actual part of the John Birch Society, the KKK or any other white supremacist outfit. In fact, one of A3P's state party chairmen, Ryan Murdough, was so universally despised even the New Hampshire Republican Party called him "a despicable racist" when he ran for public office (he finished 5th out of 5, with less than 300 votes). According to Wikipedia, "Murdough is now the National Political Director for the National Socialist American Labor Party, a party which espouses Nazi beliefs."
It's hard to understand why so many people exist in this country but one thing is for certain: Such organizations dedicated to racism, misogynism and guns over human lives couldn't exist and flourish without the support of We the People. And as long as we continue to allow such hate-based organizations to exist and as long as we keep electing Republicans, especially those who openly pray for the President's death and exhort others to do the same, America will always be a failed experiment.
0 comments