Brilliant Recent Posts
None Dare Call it Treason
Hounded to death?
Leave Seth Alone!
"Mr. Wonder, Mr. Orbison, This is What Color Looks...
We Need a Good Samaritan Law For Wall Street
How Much Wood Can the Log Cabins Chuck?
Just checking in
The Terrorists Haven't Won... Yet.
Has it Really Come to This?
A Birthday Present I Don't Need


While You're Blowing Out Your Candles, Blow Me, Too
Posted by jurassicpork | 12:33 PM 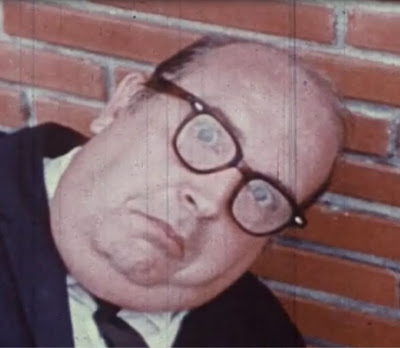 So, the proprietor of this liberal sewer of a blog turns 54 at 9:50 tonight. When you blow out the candles on the cake bought with food stamps, blow me, while you're at it.
Instead of exploiting another meaningless birthday for the purposes of begging his dwindling readership for more income redistribution, your latter-day George Bailey decided to give me the mic and let me have my say.
I remember when I turned 54. I had just made my first billion when I cashed in my stock in an adult video wholesaler that specialized in gay porn and horse bestiality. You didn't see me begging for handouts like a legless Vietnam veteran or welfare mother with nine kids clinging to her designer dress. No, sir. I came by my fortune the old-fashioned way: By claiming my thoroughbred horses for a five-figure tax credit just like Mitt Romney and another tax credit for bringing jobs into the state (although I later had to send those jobs to Bangladesh in order to avoid those pesky OSHA and minimum wage laws. We should start producing again after the firemen sift through and clear out the charred rubble.).
The point I'm making is that no one deserves one handout after another because they lack the enterprise to outsource and offshore jobs that only make Americans fat and to avoid excessive taxes by incorporating in Ireland or Dubai. When my brother Cecil and I first got started, we had nothing but the pitiful $20,000,000 bequeathed to each of us on the death of our father Ambrose in 1979.
With that pitiful amount of seed money and venture capital, Cecil and I got into a heated competition with Charles and David Koch to see who could offshore the most jobs and acquire more wealth than God and Croesus combined.
Which brings us to your impoverished liberal host, who's too gun shy to start another pledge drive that's become more common than NRA ads after a school shooting. And I can't believe that I'm saying this out loud but here it is:
I refuse to give this moocher a nickle of my hard-earned money. Too many dark-skinned people 10,000 miles away worked their asses off making $150 sneakers for Detroit gang-bangers for .20¢ an hour for me to just throw it away on a loser like JP. But if you want to throw away your own hard-earned money on a guy just so he can cling to luxuries like housing, auto insurance, gas and electric for another month, then it may actually benefit those of you who've had a ringside seat to this Rodney Dangerfield monologue of a life of his.
Because if JP, his astoundingly generous fiancee and cat haven't a place to live, then his bleeding heart  liberal screeds and constant begs for money will come to a grinding halt. Then his numerous trolls and critics will have to go elsewhere for their transient amusement. And choosing someone else to stalk is a time-consuming effort.
Take conservative firebrand and legend Rusty Shackelford, for instance. This stunningly brilliant patriot Republican-American has enjoyed countless hours over the last several years of his life when he wasn't masturbating in a dark corner under an oil portrait of Social Security queen Ayn Rand writing messages here at Pottersville despite being told countless times they would be neither approved for comment moderation nor even read. Yet still he continues with admirable persistence and fortitude vainly trying to solicit Crawford's attention like a five year-old tugging his father's pants leg begging permission to go to the bathroom before he pees his pants.
If some undeserved largesse benefiting Crawford/JP/George Bailey indirectly ensures Rusty's continued vicarious amusement, then what's the harm in throwing a few sheckles his way? JP & Co win for another month, we conservatives win and everyone's happy. Plus, virtually every contribution made through his Paypal account puts another few bucks in Peter Theil's pocket and the more money he makes, the closer we conservatives get to buying an abandoned oil rig that'll provide the foundation for our libertarian utopia.
1 comments