Brilliant Recent Posts
Top 10 Tips for GOP Congressmen Running Against Women
Dawn of the Desperate
Thanksgiving Misgivings
Caption Contest
Dear Scott Adams, Love Dilbert, but you're blamin...
Top 10 Signs Walmart's Mistreating its Workers
We Have Met the Tea Party and It Is Us.
Sisterhood is powerful....well, maybe not so much
Thought Salad
Greetings from the Land of the Walking Wounded


What Nelson Mandela Couldn't Teach Us
Posted by jurassicpork | 5:52 PM 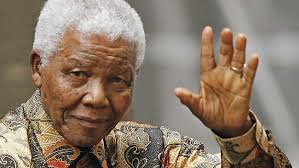