Brilliant Recent Posts
Today we give thanks for the ability to laugh at s...
Sweet Jesus I Love Martin Bashir
Sad Mitt Romney
Does this ad make New Jersey look stupid?
The stupidest fucking article ever written by some...
Corporate Hissy-Fits
Why Americans Won't Embrace Palestine
72 to 3
Not for the reason you think
The Ice Is Slowly Melting 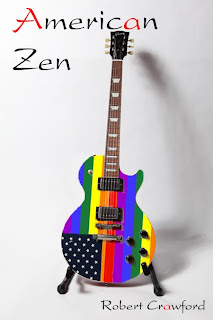 Dateline: Provincetown, Massachusetts, November 27, 2008
Just weeks ago, Barack Obama had been elected the 44th president of the United States, yet liberal journalist Mike Flannigan is the only political pundit in America not writing about it. In fact, while his colleagues are exhausting every minutia of the historic election, Mike takes an ill-advised and deeply unpopular leave of absence from his magazine to go on an epic road trip up and down the upper east coast. Why?
What was supposed to be an overnight trip began when he gets a cryptic email from his childhood friend, former bandmate and one-time lover Josiah (JoJo) Vandermeer. It's the first time he hears from him in years and the email reads only, "Let's get the guys together." Fearing the worst, Mike leaves his family and tells his editor-in-chief Ari Goldstein to see his old friend and perhaps reunite with his old band, the Immortals. There are questions surrounding the promising hard rock band's abrupt breakup back in 1978 that never sat well with the other band members.
But while the group of middle-aged men get some answers and some of their old musical mojo back, Jo Jo suddenly dies on the road. This excerpt from chapter 44 of American Zen starts at Jo Jo's grave after the funeral and his husband, Jeremy Fleming, fearing being alone for the first time in years, invites Mike, Billy and Rob to share Thanksgiving dinner with him. During this chapter, Mike realizes what he should be grateful for and that, despite pressure from his editor and wife and kids to come home during a perpetually extended sabbatical, he actually has more to be thankful for than the other three men who have suffered even more devastating losses. They sit down to eat a dinner that was prepped by Jo Jo just days before his death, his final gift to his husband and friends.
The service was short and uneventful, although far from forgettable. Rob and I took photos with our cell phones and I emailed one to Doris with a brief expression of love and a promise to be home by tonight.
My heart sank with Jo Jo as they lowered him into the rectangular grave. The three of us hung back, allowing Jeremy to throw the first handful of dirt onto the coffin lid six feet below. As I threw my own in, I realized with a start that the minute we turned our backs, Jo Jo would be swallowed up by the earth, hardly a trace of his existence allowed to remain besides our fragile living memory.
As we were wiping dirt from our hands, Jeremy asked us at graveside, “I think it would be very nice if you were to join me for dinner. There won’t be a reception because I didn’t want to have one and, besides, it’s Thanksgiving. But I’d be honored if you would join me.”
It suddenly occurred to me that Jo Jo had prepared dinner just before we left for New York State. “No, the honor would be all ours,” I said, knowing the other guys would feel the same way.

Back in the apartment, we immediately shed our jackets and inhaled the rich aroma of the turkey. The only thing that Jeremy had to do was pop the bird in the oven just before we went to the funeral home. Jo Jo had done all the prep work.
Jeremy slipped on an oven mitt, pulled down the oven door and tore off a piece of turkey skin. It crunched lightly in his mouth. “Mm, perfect. I’m famished. I hope you guys are, too,” he said as he turned off the oven.
Surprisingly, I was, despite my little accident at the funeral home garage. Remembering that, I decided to brush my teeth after I washed my hands for dinner.
Rob and Billy were only too happy to help Jeremy clear and set the table. After all, what else did these men have but each other? Rob’s marriage hit an iceberg, Billy I’m sure lived totally alone and Jeremy just buried his husband. And me…
And me?
Epiphany sometimes sneaks up on you and taps you on the shoulder, clearing its throat and politely saying, “Uh, excuse me?” And sometimes it hits you from behind like a mugger with a blackjack (or a suicidal ex-SEAL), giving no regard for timing or the rudeness of its appearance. This moment was one of the latter.
Yes, what about me? Why did I have to be here? Well, respect for Jo Jo and his efforts would be a good reason but why was I here instead of hightailing it home to eat Thanksgiving dinner with my own family? That was the point.
I didn’t have to be here. It was a lesson, a fact that I should’ve always taken for granted. I didn’t have to be here. It was purely a matter of choice because I wanted to show Jeremy and Jo Jo the proper respect, because I didn’t want him to be alone. I didn’t want Rob to be alone. I didn’t want Billy to be alone. I had a choice. They didn’t.
I had a choice because I really did have a loving, supportive, compassionate wife and three kids anxious about my absence. I had a good career doing something I loved to do. I was the luckiest bastard among all of us, if not the luckiest bastard on earth. I didn’t have to be here. I wasn’t that desperate to stave off loneliness.
Jeremy seemed like a changed man. Obviously, some of it was an act, a conscious, maybe a desperate attempt to liven up the place, to establish some holiday spirit into the apartment. Far from being the merry widower, now that he was finally freed of over 90 days of crushing fear and oppression fretting and worrying over Jo Jo, he could almost be said to have a spring in his step as he hustled back and forth between the kitchen and the dining room table with steaming chafing dishes of food.
He seemed to bow then quickly threw his head back, gathering with his hands his glistening, bouncy mass of brown hair and pulling it back into a perfect high and tight ponytail very much like the one Jo Jo wore when he was doing the prep work. He then wiped the sweat off his brow with his linen napkin before announcing, “We have food, gentlemen!” Billy loudly clapped his hands together and was first at the table, Rob just a half step behind. I wasn’t sure if they knew that Jo Jo had done all the prep work.
Jeremy sat to the right of me and took my right hand as he bowed his head. I didn’t realize that he was into religion. He didn’t even go to the church with us last Sunday but he wanted to say grace, so I took Billy’s right hand in my left and so forth and we bowed our heads, our eight hands linked.
“I think we all ought to thank Jo Jo for giving us this delicious food that we’re all about to receive. He did all the work. All I did was throw the turkey in the oven and pray I wouldn’t burn it.” He smiled and continued. “And this dinner, made with his own two hands, is in a way a perfect illustration of the kind of life he led. He was always thinking about others first until he was finally forced to think of himself.
“But even then, I’d also like to think that, in his rare moment of selfishness, if you can call it that, we all benefited from the journey that we’d been privileged to share with him. We all benefited enormously from having known and loved him and that’s what I’m grateful for.” “Amen,” he added as an afterthought. I squeezed Jeremy’s left hand and smiled. He really said it for all of us.
“Now, who wants dark meat and who wants light meat?”
Over the nearly four and a half years that Pottersville's been up, my personal as well as vocational life has been turned upside down and no doubt some erstwhile readers looking for invariable political content were turned off by the occasional personal revelations in this forum. But for you who've stayed behind and even helped us through trying times that never seem to conclude, I'm more grateful for you sticking with me, and us, through them. I'm most grateful for having Mrs. JP and Popeye our surly cat to share a fourth Thanksgiving and what will be a fourth Christmas. But my readers and friends who've stayed my manically tacking course come a close second.
Have a safe and happy Thanksgiving and please support your local Wal-Mart workers who are braving the cold and the loss of their jobs to protest Black Thursday and Friday.
0 comments