Brilliant Recent Posts
Does this ad make New Jersey look stupid?
The stupidest fucking article ever written by some...
Corporate Hissy-Fits
Why Americans Won't Embrace Palestine
72 to 3
Not for the reason you think
The Ice Is Slowly Melting
And Now, a Word From Mike Flannigan
A thought for Mrs. Petraeus
Note to Republicans: You can't do it 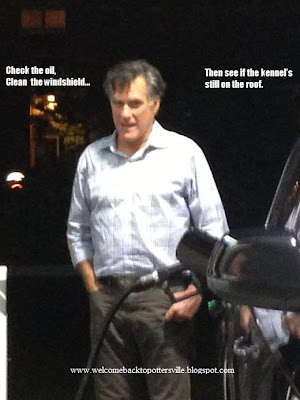 This is a picture taken by a Redditor in La Jolla, CA of Mitt Romney (gasp!) pumping his own gas. My guess was that it was taken on a Sunday, a day when even uptight right wing nut jobs who fuck their wives in three piece business suits get to dress down. And, even if you're Mitt Romney, a man of 1% of the people, if you pull into a self-serve gas station, you're pumping your own gas, period.

But this is so starkly at odds with the sleek, polished, elitist, out-of-touch asshole that Republicans frantically told us was the answer to Obama (before then eating him alive) that it's turning into a hot meme.

Here's my other one: 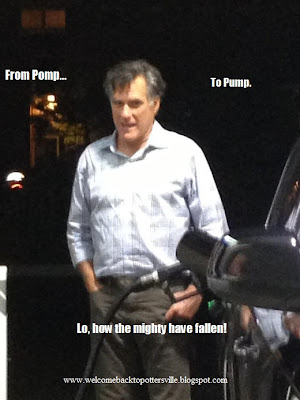 This is better than the "Sad Keanu Reeves" meme.
3 comments

jurassicpork said...
If it puts on any balm on your tender sensitivities, I didn't vote for that sociopathic game show host, either.

Anonymous said...
Yeah well good thing the rest of us did what was required to make sure an even worse person didn't win, so you could continue to prance around on your high horse dreaming you are a superior person. (Here's a hint: you aren't.)
11/23/12, 8:43 AM
Post a Comment
<< Home
Contact
Home
Email:
brilliantatbreakfast at gmail dot com
RSS