Brilliant Recent Posts
Whither B@B?
"For Me, Not For Thee"
Cavuto Completely Loses it on Michele Bachmann
Top 10 Suggestions That Should be Made by the Nort...
Tea Party Like It's 1899
Natural Born Cop Killers
Five Guys, Bergdahl and Freedom Fries
Good Times at Pottersville, 6/3/14
We need more parents like Richard Martinez
Nice Guys Finish Last, Then Go on Killing Sprees 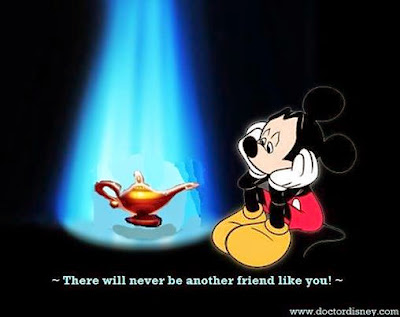 In 1989, Mr. Brilliant quit his job. We were working for the same company at the time. I found out through the secretary for his department, where he was working the help desk. He'd been talking about wanting to take some programming courses, and we'd discussed the possibility, but we hadn't made a decision yet. Well, I hadn't, but he had.

It was the first of many times when I found myself unexpectedly being the primary breadwinner in the family. I was of course livid at not having been told that he was going to quit that day, but this was something really important to him. New York University was offering a certificate course in computer programming, and he'd decided to take it. He had some money he'd inherited from his grandmother, and that's how he wanted to spend it.

It wasn't that he couldn't understand programming concepts; he had a very logical mind, and he'd taught himself BASIC on a Coleco ADAM. There was no reason for him to simply be unable to write COBOL in a way that would satisfy the instructor. He spent hours and hours in the computer lab, writing code and turning it in, only for it to be handed back. The instructor even told him that no one who had not attended college would ever pass his course. Mr. B. worked on the assignments for this course like a man obsessed. He lost so much weight from the sheer stress of it all that I met him after work one night for dinner and didn't even recognize him until he turned around. The course ended, he did not pass, and he fell into a severe depression. This wasn't simply the blues; I would go to work every morning wondering if he would still be there when I got home. It's hard living with a depressed person, especially if you've had a tendency towards depression yourself. I'd had a lot of behavioral-cognitive therapy by that point, and I'd been able to learn how to stop the runaway train of self-loathing when it starts running off the rails. But he hadn't. Day after day after day went by. He'd spend the entire day sleeping or smoking cigarettes -- unable to move, unable to function, unable to think, unable to even fathom what he would do for a job. When it got to the point where I was physically restraining him from driving up to the George Washington Bridge and jumping, I gave him an ultimatum: Get help or get out. I said I would go to counseling with him if he wanted.

I took him to the local mental health center that had a sliding fee scale. The psychiatrist there put him on Prozac and he was better within days. I'm quite sure it wasn't the meds, it was somehow a relief at the intervention. Unfortunately, he didn't want to do "talk therapy" to work out some of the childhood issues that a critical instructor for whom nothing he did was good enough triggered.

For over two decades, he suffered from occasional bouts of depression, though none as bad as that one. Mostly it manifested as insomnia at night combined with long naps during the day when he wasn't working. When he was working, he'd have a "honeymoon" period at the new job, then frustration, then disillusionment. I knew enough about depression from having grown up with a mother who had survived a suicide attempt to know that there was no "magic bullet" that would make it all go away. I just tried to make him as happy as he was capable of being. And sometimes he genuinely was. When we would go to Jamaica, he'd be genuinely happy. He loved finding out what was wrong with a computer or server and fixing it. He read philosophers and thinkers. He'd studied Kabbalah before it was cool. He took pride in having a successful marriage. But there was always a darkness there that lurked under the surface, which manifested by a fascination with violent animé and movies with a lot of explosions. In our early years together, we socialized and had parties, we went to parties and had dinner with other couples. Then around 2000, that all stopped.

I'll never know how much of his depression, growing reluctance to deal with people on a social basis, and increasing inability to navigate office politics was caused by what, unknownst to us, was happening in his brain. Mr. B. had what we now know was a cerebrovascular disease that may have caused his depression. But what about others? What about people like my mother, who appears in photos as a vibrant, vivacious girl with a mischievous twinkle in her eye but became so crippled by depression, despite the medications she'd been taking since I was a child, that she also slept much of the time and when she wasn't sleeping or crying, she was flying into rages? What about people like Robin Williams?

Robin Williams died today, apparently by his own hand. I'm sure I'm not the only one who felt punched in the gut upon hearing the news. Another comedic genius, felled by self-destructiveness. We look at people like Robin Williams and think they have it all -- fame, money, talent. But just as comedy and tragedy go hand-in-hand, genius often goes hand-in-hand with depression. Vincent Van Gogh, Sigmund Freud, Virginia Woolf, Ernest Hemingway, Mark Rothko -- all committed suicide. Comedians seem to be particularly susceptible. Richard Jeni ended his own life in 2007. Freddie Prinze was just 22 when he held a gun to his head and pulled the trigger. Add in people like John Belushi and Chris Farley, who died from their own self-destructiveness without having to commit suicide, or Richard Pryor, who nearly died after setting himself on fire while freebasing cocaine but managed to stick around until multiple sclerosis took him -- and it makes you wonder how an incomparable genius like Robin Williams, who had his own issues with drugs and self-destructiveness ever managed to make it to 63 before letting his demons get the best of him.

When I heard the news, I wondered how Marc Maron, another self-destructive, neurotic comedian, was going to deal with this news. Maron has done beautiful work in dealing with other comedian deaths on his podcast WTF, but the suicide of Robin Williams must hit hard, and not just because Maron's 2010 interview with Williams arguably marks the beginning of WTF really hitting its stride. Robin Williams became huge at the age of 27 with Mork and Mindy, and then segued effortlessly between insane stream-of-consciousness comedy and some truly great acting (at least before he entered his Patch Adams phase). Marc Maron toiled around the edges of fame until he was nearly fifty, when a podcast that in its early days seemed like an extended suicide note in which he was trying to make amends to every comic to whom he'd been a dick for over two decades, suddenly became huge, opening the door to at least some of the success that came perhaps too early to Robin Williams.

We like to throw the word "genius" around, with mediocrities often being touted as "genius" only after they make the good career move of dying. But while it's clear that Robin Williams' brilliance came from a core of pain, there's no denying that in those early days of cocaine-fueled anarchy, we had never seen anything quite like him:

And later, when we saw that there was more to Robin Williams than just stream-of-consciousness weirdness:

No, we'd never seen anything like him before. And we probably never will again.

Depression is not self-indulgence, it is an illness, often a chronic one. All over the world, depressed people sit at home, crying, contemplating suicide, cutting themselves, wondering why the rest of the world can function and they can't. Some of us come out of it. Some of us never do. Even with the way things ultimately turned out, I'm glad Mr. B. chose "get help" over "get out." If he hadn't, he would have missed out on a lot. If you're depressed, or you know someone who is, there is help. We may not all be comedic geniuses, but we all have something to offer this world. If only Robin Williams had been able to recognize that we really DID never have a friend like him.

The WP said...
Difficult to read, but I love you for posting it.