Top 10 Suggestions That Should be Made by the North Carolina Black Advisory Board
Posted by jurassicpork | 2:41 PM 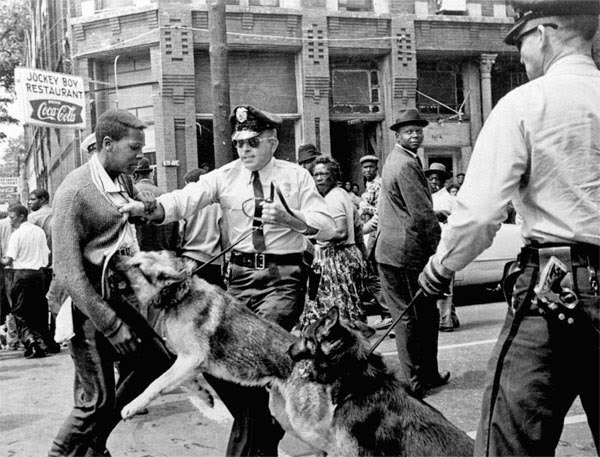 Yesterday, the Republican National Committee announced it was forming a Black Advisory Board in North Carolina. Chairman Reince Priebus said, “We are fortunate to have this accomplished group of leaders to help guide our engagement efforts in North Carolina. Their knowledge and roots in black communities across the state will be invaluable as we share our message of empowerment and expanding access to the American Dream.” However, just last February, that same state passed one of the most restrictive voter ID laws in the nation in light of the Supreme Court essentially gutting the Voting Rights Act of 1965, a law that seems to target African American voters. Once the Black Advisory Board is formed, what are some of the suggestions they can put to the RNC?

jurassicpork said...
Sorry for the OT comment, even though it's my post. I try to never do that. But this is my apology for the past five years and pre-emptive farewell as we don't know where we're going to be by midsummer. Thank you all for your readership and past monetary kindness but it looks as if we've finally hit that wall like the undeserving crash test dummies we are.
6/22/14, 1:04 PM

Perhaps the republicans can get in touch with Ms. Boggs in Detroit and have them give them a civics and black history lesson about what she has been doing for the past 70 yrs in American. She's been in Detroit for 55 yrs. If they can't talk to her, they might want to watch the PBS documentary on her and history.

Gees h. Christ how dumb are those American republicans. They have to be somewhere back in the 1950's. Perhaps they ought to have a look at the PBS documentary on the Freedom Riders, the history of voting for blacks in Southern states. Right, you know voter registration drives in Mississppi. IF they just are getting the memo, too late. The bus has gone.

I guess they are trying to appeal to blacks who are not committed Democrats because reasonable Republicans will be walking away from their party when more teabagging idiots take over. Like they say, you lay down with dogs you get up with fleas and the Republicans need a bath.,

The Republicans even have the wrong group. Latinos are the growing group of voters, but oh, ya, they think they're all illegals. At least there maybe some in the Republican party who acknowledge African Americans are American.
7/1/14, 4:57 AM
Post a Comment
<< Home
Contact
Home
Email:
brilliantatbreakfast at gmail dot com
RSS