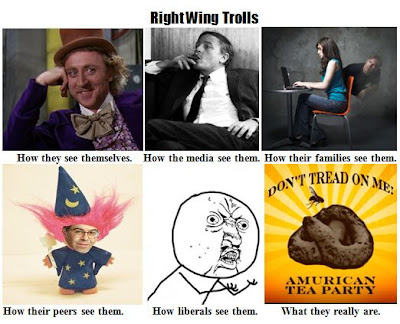 To the two or three people who still come here looking for actual political content, I apologize for not commenting on the latest political news of late. Time constrictions, getting sucked up in my son's new job and having to take him to work four or five days a week, my never-ending job hunt, various and sundry errands and literary matters have sucked up what little spare time I have. Well, that plus listening to the Red Sox on the radio five nights a week will drain whatever remaining spare time I have.
I've been phoning it in with little cartoons and the occasional .jpegs rather than more volubly commenting on what's been going on of late politically, economically and socially. The more news items I read about, the more I'm convinced that our venality, evil, stupidity and proud ignorance will surely be the death of us in this country. And I just don't see a way out of it.
We could vote out every single one of the bums and welfare queens in Congress, all 535 of them, start fresh with a brand new administration and it still wouldn't do a Goddamned thing because the apparatus that corrupts our government, Wall and K Streets, will still be lurking in the shadows waiting for the next crop of self-interested sociopaths to get sworn in.
That's not to say we're not taking great strides in this nation. One of the best things to come about in the last ten years is a zero tolerance policy regarding misogynism and homophobia. People, some of them pretty high up on the food chain, can now be immediately terminated for uttering one single slur against women or gays. And, hot on the heels of Rhode Island, Delaware became the 11th state to adopt gay marriage, with other states such as Minnesota almost sure to follow.
However, it seems for every step we take forward, we always find a way to take two backward. These homophobes who are obsessed with gay sex and with what gay people do in the privacy of their bedrooms, the ones who piously preach about "states rights" and state sovereignty, are also the first ones who immediately lay the groundwork to reverse a gay marriage decision on the state level whether it's ratified by the courts (as in MA), by popular referendum (as in Maine) or the state legislatures of the other nine states. Then they don't care so much about state's rights, anymore. In fact, these miserable bigots are so delusional, they even refuse to admit the floodgates coming down like dominoes constitutes a trend (despite the fact that just 2 1/2 years ago, only five states had same sex marriage.).
Billionaire slave driver Penny Pritzker being nominated by Obama for Commerce Secretary (which is a little like nominating Dick Cheney as Energy Secretary) gave us another reason to impeach that corrupt cocksucker who heads up an administration so corporate it makes the Bush administration look like the Buffaloheads of the 70's Red Sox.
And, oh yeah, now that they don't have Aaron Swartz to kick them around, anymore, Congress is letting CISPA rear its ugly head like a Nazi Cerberus before getting knocked down in the Senate. And with the millions of lobbyist dollars cable companies and ISPs are pouring into this piece of shit, you just know it isn't going away for long. Think of the bankruptcy bill that finally passed in 2005 after nearly nine years of ceaseless hammering by the banksters and other lenders.
And speaking of those jiggling fucks, remember the quaint notion of an Occupy movement? Like all occupy movements of the past (I'm thinking of the one in Trafalgar Sq. in London in 1887), it was doomed to failure long before it gasped its last a year and a half ago. 18 months later, Wall Street's Dow Jones topped 15,000 for the first time and how do stupid-ass limousine liberals greet the news? By sneering sarcastically at right wing trolls about what a failure at Communism Obama is without once being alarmed how how little the burgeoning fortunes of Wall Street are trickling down on Main Street.
And, can you believe it? Philanderer and cat burglar Mark fucking Sanford is back in Congress. I still can't wrap my mind around that one.
This country is more fucked than a twink in the showers at Riker's Island, plain and simple. We as a nation do not have it in us to seriously rise up as did the 18th century French that executed its monarchy or even the modern day people of other nations who clog their streets by the millions whenever their democracy or retirement is threatened. We're Americans, people who sheepishly allow themselves to be bullied and sodomized by a small fistful of right wingers and their surrogates, people who are dedicated to the proposition that everyone has the right to the pursuit of misery.
Now, if you'll excuse me, Jack the Ripper's just claimed his second victim on September 30, 1888 and Buffalo Bill and crew is hot on his trail in my novel, Tatterdemalion. At least that promises a happy ending.
3 comments

BadTux said...
When the majority of Americans are starving and homeless, you will see Americans rise up. Not before. It's always been that way. Even the early union movement only arose because the majority of workers were kept under conditions that even the poorest of the poor don't have to deal with today, just see what happened to the union movement in the fat and happy 50's when it happily snipped off its balls and became part of the same system that wanted to destroy it (and has done so, basically). For all their bullshit about being a brave and free people, Americans have been surprisingly servile and submissive over the years...

The New York Crank said...
"We as a nation do not have it in us to seriously rise up as did the 18th century French that executed its monarchy..."

Oh please! For years I've been advocating setting up the guillotine, when it comes, at the Corner of Wall and Broad - flanked by the NYSE on one side and the bank building that JP Morgan built on the other.

Times Square is another possibility, but it's so obvious. In midtown I prefer the ice skating rink at Rockefeller Center, because we'd all get kind of a stadium view from there.

LitttlePig said...
Sadly, that's how I read our current situation as well. And, worse, I believe the hypnogogic effects of 'the vast wasteland' will effectively prevent any significant push-back until grid failures in the South from the rising temperatures shake some folks up. So, short of some other head-smacker that appears in the next couple of decades, we'll just roll along and see what fresh hell our "Representative Democracy" (oh hell yeah scare quotes) comes up with.
5/12/13, 10:04 AM
Post a Comment
<< Home
Contact
Home
Email:
brilliantatbreakfast at gmail dot com
RSS