Brilliant Recent Posts
The First Rule of 2016...
The GOP's 10 Lesser Demands During the Government ...
Perhaps if President Obama saw more movies we woul...
Dispatch from Casa La Brilliant: The Aftermath
Million Kvetch March (A Brilliant at Breakfast Exc...
The Third Section's the Charm
Mr. Brilliant: 1955 - 2013
Open Thread: High School Ends but Douchebaggery is...
Assclowns of the Week #94: House of 'Tards edition
Don't Worry: It's Only a Chemically-Induced Coma 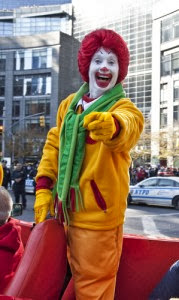 In the nearly nine years I've been blogging, I've almost never mentioned McDonald's, a corporation that's responsible for more obesity than sugar, polyunsaturated fats and cheese combined. This is because, largely thanks to Morgan Spurlock's Super Size Me, I would think that most of us already knew that McDick's represents the very worst in corporations and everything that is wrong with America. They slowly kill us with ersatz, corporately-generated food substitute and had strong-armed the House into passing the Cheeseburger Law that protects their bottom line from tort lawsuits even when it's indisputable their products are killing their customers.
Their Gordon Gecko-class greed and avarice knows no bounds. Most of their employees are minimum wager earners who are directed to helpful websites set up by the corporation that are so divorced from reality, it boggles the rational mind. The most notorious example of this the now-infamous budgeting page that tells employees if they want to make ends meet, why, all they have to do is take on a second fulltime job and simply not pay their heating bill.
You would think this is well-known and that we wouldn't need one more voice to add to the growing chorus of discontent. When you're a corporation the size of McDonald's and provide a product and/or service that's addictive for a variety of reasons, then you don't give a shit if people quit their jobs in disgust or if their customers die. We're a nation of over 320,000,000 people, after all. There's always plenty more to take their place. 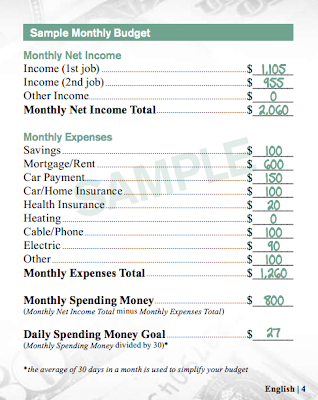 But today, I saw highlighted on Twitter the plight of a Chicago-area McDonald's worker and, as usual, our completely worthless mainstream media won't cover this story. She's a single mother of two named Nancy Salgado and she's been working at McDick's for a decade now. Despite that and working fulltime, she's still making $8.25 an hour, minimum wage for Illinois and the only time she's ever gotten a raise is when the state or federal government raised the minimum wage.
For some inexplicable reason, Nancy still loves her low-wage, clearly dead end job she's held since she was 16 but even she finally got fed up with making minimum wage year after year. When she found out the president of her corporation, Jeff Stratton, was giving a speech at the Union League Club of Chicago (which, ironically, didn't seem to attract many people who would be friendly to a union), she went to the speech and directly confronted Stratton about her plight. After saying she was still making minimum wage after a decade, she asked him if that was fair and the fat fuck's only response was, "I've been there for 40 years."
For having the effrontery and audacity to publicly protest her impoverished plight before the corporation, Nancy Salgado was arrested and charged with trespassing.
Undeterred, Salgado then called McDonald's own McResource hotline (Yes, even that has the endemic "Mc" prefix). When she asked her employer for help, they then suggested she go on welfare to make ends meet because, well, paying a living wage was simply out of the question. The McResource help desk person told her to go on food stamps and Medicaid. Because, you know, providing affordable healthcare benefits is also out of the question. Doing so may force Jeff Stratton to actually forego chocolate brioche during a board meeting. You don't believe me? Here's the recording of the call:


In other words, please make it possible for the American taxpayer, which includes, ironically our own employees, to underwrite our bottomless avarice and sociopathic disconnect from the Dickensian economic plight of our own workers.
Now obviously, McDick's isn't the only mega corporation guilty of forcing the American taxpayer to foot much of the burden of what ought to be their overhead expenses. Far from the Tea Bagger talking point of the working poor being the welfare queens, it's screamingly obvious to everyone else who actually has two neurons to rub together that corporations such as McDick's, Wal-Mart, Burger King and others are the real welfare queens. In fact, just to cite one statistic, the University of California Berkeley Labor Center and University of Illinois discovered over half, or 52%, of fast food workers, have to subsist on one public assistance program or another because their wages are so low.
Compare that to McDonald's top management compensation, according to a Bloomberg report from last December that showed these executive scum raked in over $8.25 million a year while people like Nancy Salgado were making $8.25 per hour. Still not pissed off? Download this .pdf file of McDonald's profits for FY 2011 (Page 11 will really blow your top. Their Vice Chairman and CEO James Skinner, who retired June last year, made nearly $9 million in '11.).
As Selena Kyle told Bruce Wayne in The Dark Knight Rises, "You're all gonna wonder how you ever thought you could live so large and leave so little for the rest of us."
I can only hope to live long enough to see corporations like McDonald's, Wal-Mart and others hoisted by their own petard. If history teaches us anything, it's that evil always catches up to its perpetrators. Places like McDonald's poison us, bankrupt the Treasury and impoverish the very people who keep them in Bentleys and yachts. It's time we stopped footing the bill for their overhead expenses.
And it all starts with boycotts. Your heart, your wallet and your soul will thank you for it.
0 comments