Brilliant Recent Posts
Mr. Brilliant: 1955 - 2013
Open Thread: High School Ends but Douchebaggery is...
Assclowns of the Week #94: House of 'Tards edition
Don't Worry: It's Only a Chemically-Induced Coma
Filibusted
Dispatch from Casa la Brilliant: Superman Returns
The Republican Party: The Heaven's Gate of Politics
Why do Republicans hate Americans?
This is what happens when you turn the military ov...
Exit Sandman


The Third Section's the Charm
Posted by jurassicpork | 1:55 PM 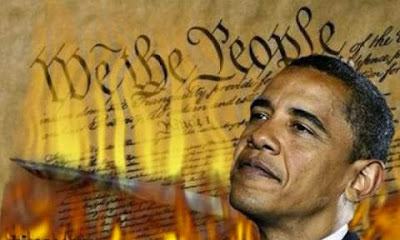 Granted, I'm not a Constitutional scholar like our President who wipes his well-toned ass with it every day of the year. But I've been rereading the 14th Amendment these days, the one the Obama administration has been loathe to invoke to avoid the debt ceiling implosion brought to a short fuse by the Teabagger Republicans.
The 14th Amendment, to put in a nutshell, was ratified by Congress on July 9, 1868 as an aid to Reconstruction. It was bitterly contested by the southern states because they had to adopt it in order to be recognized in the Congress. It was primarily a civil rights amendment, among other things but it also contains other goodies.
With the Civil War still very much in mind, the 4th section of the 14th Amendment explicitly states that Congress can't blow off the national debt and that it should be taken seriously. Of course, when the 14th Amendment was ratified over 145 years ago, there was no such thing as a debt ceiling but we can be sure the Congress that had contentiously ratified it meant all national debt, and that very much includes the latter-day debt ceiling.
I can understand both sides that say the President should or should not invoke the 4th section of the 14th Amendment. After all, it states in its entirety,

Note that nowhere does it state it is the President's duty, obligation or even prerogative to unilaterally invoke it in the interests of national solvency. President Obama knows this, no doubt, which is why both he and the Justice Department are reluctant at best to use Section 4 before the debt ceiling crisis explodes on October 17th. Supporters of the President refusing to use Section 4 say the President cannot invoke it prior to the national debt coming due but nowhere does it say he cannot invoke it before.
As with Lincoln and the 13th amendment of 1865, he knew the Emancipation Proclamation was a wartime act only and that, after the Civil War, the Supreme Court would have it for breakfast (hence the more permanent and unconditional 13th Amendment). Obama is obviously afraid if he invokes the 4th Section of the 14th, someone (Most likely some bomb-throwing Tea Bagger) will challenge it and the SCOTUS will overturn it. And technically violating the Constitution to promote the general welfare (as specified in the Constitution's Preamble) will give those same bomb-throwing anarchist teabagger House Republicans grounds to draft articles of impeachment against Obama.
However, I think Obama should invoke it anyway just to avoid the debt ceiling collapse and us running afoul of our creditors and having our bond and credit rating downgraded for the first time ever. He can sort it all out later.
But I'm not here to talk about Section 4 of the 14th Amendment. No, no, no, Constant Reader. I'm here to talk about the much more important and just as seldom litigated and challenged 3rd section. Section 3 of the 14th Amendment explicitly states in whole,


No person shall be a Senator or Representative in Congress, or elector of President and Vice President, or hold any office, civil or military, under the United States, or under any State, who, having previously taken an oath, as a member of Congress, or as an officer of the United States, or as a member of any State legislature, or as an executive or judicial officer of any State, to support the Constitution of the United States, shall have engaged in insurrection or rebellion against the same, or given aid or comfort to the enemies thereof. But Congress may, by a vote of two-thirds of each House, remove such disability.

Invoking that would essentially wipe out the Teabagger caucus overnight, wouldn't you say? It also would've prevented Sarah Palin from running for Vice President because she and her husband Todd were buddy-buddy with a right wing secessionist group in Alaska (their membership lapsed right after Sister Sarah became McCain's nominee).
So, instead of voting and trusting that heavily gerrymandered districts won't be as bad as we've been led to believe, why don't we kick them out of Congress by invoking the 3rd Section of the 14th Amendment for their Teabagger activities before, during and after leaving public office?
2 comments

e.a.f. said...
Certainly has some nice ways around the teabaggers. Can't say they are doing the U.S.A. any good. More like trying to bring down the pres. and they've been trying to do that since the first day he was in office.

From up over the 49th par., it would be a sitcom, if it weren't so serious. The teabaggers simply don't make sense. They certainly don't care about anything, except their own agenda and they haven't articulated what that is. Could it be some of those white boys simply don't want a person of colour to be the President of the U.S.A.?
10/14/13, 10:25 PM
Post a Comment
<< Home
Contact
Home
Email:
brilliantatbreakfast at gmail dot com
RSS