Brilliant Recent Posts
Blogrolling In Our Time: I Sedionisti edition
Top 10 Reasons For the Pope's Resignation
The rise and fall of prog-talk radio
Around the Blogroll and elsewhere: Now with addit...
Top 10 Emails Hacked From the Bush Family's Email ...
Liberals Are the New Bush Democrats
The day the music died
Blogroll Amnesty Weekend 2013
Why Isn't There a White History Month?
Today in Gun Nuttery


The News at a Furtive Glance
Posted by jurassicpork | 1:41 PM 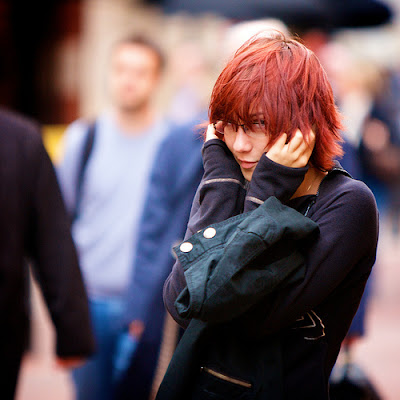 Here at B@B as in Pottersville, when the news breaks like a fart, we light it. What follows is some of more unusual, infuriating and downright hilarious news items from the last few days gleaned from Twitter and readers like you.
Next time Mark Zuckerberg tries to charge you a dollar to send off an email on Facebook, think about this news item. Markie Mark and his merry band of tax dodgers are about to get a $429,000,000 tax break from We the People after a year in which Facebook took in over $1,000,000,000 in pure profit selling your personal information to corporations, thanks to a loophole in the stock option laws. Says Citizens for Tax Justice,

Of course, Facebook is not the only corporation that benefits from stock option tax breaks.  Many big corporations give their executives (and sometimes other employees) options to buy the company’s stock at a favorable price in the future. When those options are exercised, corporations can take a tax deduction for the difference between what the employees pay for the stock and what it’s worth (while employees report this difference as taxable wages).  On page 12 of our 2011 Corporate Taxpayers and Corporate Tax Dodgers report, we discuss how 185 other large, profitable companies have exploited the stock option loophole.

Because the scumbag who stole the Facebook concept from Harvard University and screwed over his initial partners and made billions in the process through a crooked IPO that had the greasy fingerprints of Wall Street's biggest offenders all over it has to eat, too, you know. Otherwise, he'd have to charge you up to $4000 to get out one update to all your many followers.
At the same time that came into my inbox, this arrived from the same source. It defies belief so I'll copy and paste the entire email below and let you judge for yourself how incredibly absurd this is.


The Guys at the Console: A New Medal for Sitting Around Killing Someone Thousands of Miles Away

The Pentagon has created a new Distinguished Warfare Medal to be awarded to drone "pilots" and other cyber warriors who push a button in a building somewhere to target someone, often innocent, always unknown, many miles away, thus honoring for the first time what Defense Secretary Leon Panetta called "the extraordinary actions that make a true difference in combat operations." In an Orwellian twist, in military hierarchy the medal will rate above the Bronze Star, given for heroic acts performed under fire by those who are, like, actually there.

Let's get one thing straight: I never, ever liked Leon Pannetta. He was just the latest in a series of career chair fillers that came in the toxic wake of Donald Rumsfeld, by far the worst Defense Secretary we've ever had (and that includes Dick Cheney). But the other seat warmers at the Pentagon have obviously forgotten what war is. When real veterans tell you it's Hell, that it sucks, listen to them. But war nonetheless occasionally makes heroes and not the ones manufactured as was Jessica Lynch. We give medals to real heroes who put their lives and bodies on the line and risk never seeing loved ones again for flag and country. We're not supposed to give medals to those who cower inside a fucking climate-controlled trailer in the Nevada desert and casually murder innocent men, women and children from 7000 miles away without once risking anything or being allowed to actually witness the consequences of their actions while playing the deadliest video game on earth.

OK, we all had our fun on Twitter and unread blogs with Marco Rubio's Watergate moment during his Hindenburg/Titanic rebuttal to the President's State of the Union Address a few nights ago. It's a bit discomforting to know that under the merciless electron microscope of social media, a clumsy moment on national television and a water bottle could seem to scuttle an elected official's presidential ambitions. Abe Lincoln suffered from depression, FDR was disabled, Jack Kennedy had Addison's disease, Reagan plainly had Alzheimer's at least in his second term. None of us are perfect.
Rubio's deer-in-the-headlights moment should've been an unintentionally humorous one and then we should've moved on. Speaking on national television and following the biggest act on earth, the President of the United States of America, speaking to a single camera and under hot, blinding lights, cannot be easy even to a US Senator who makes speeches for a living.
The real fault lies not with the new shining star of the Republican Party but with the Republican Party itself for pushing into center stage a guy who cannot avoid ridicule no matter what comes out of his mouth, a rube, if you'll pardon the unintentional pun, who plainly isn't fit for the national stage let alone the White House. Obama proved he was electable to the highest office in the land while he was also a freshman senator. Rubio hasn't and likely never will. The GOP deserves to be hit with the ridicule for pushing out into center stage a self-loathing buffoon who's dry in the mouth yet still wet behind the ears because they should've known damned good and well that, after Rubio and the words "Impeach" and "Repeal", they have absolutely nothing.

From the self-exempting Rush Limbaugh School of Law Enforcement comes a law and order Alabama Republican who ran over two years ago on a law and order platform (while running for... Agriculture Commissioner?) was arrested for shoplifting at a Wal-Mart last October. Apparently, Dale Peterson went to use the bathroom then tried to walk through the checkout lines without paying for $40 worth of paper towels and beer. His story was that he forgot to pay (although it's hard to imagine how anyone could get in the habit of walking through checkout lines without paying for unbagged and unstamped items) and he, of course, blamed the same thugs and criminals he used as planks in his disastrous campaign platform for the news leaking out.
Typical Republican. It may or may not be proven that he actually tried to shoplift a paltry $40 worth of items but stop blaming the press and partisan politics every time something of this nature makes the news. Considering he finished third for a minor state office in a field of three over two years ago, it's doubtful anyone considers him important enough for a hit job over an incident that happened nearly six months ago.
Angry old white men don't just shoot innocent people as they have this past winter. Sometimes they content themselves to merely slap black babies while saying to the mother, “shut that nigger baby up.”
Take the remarkable case of 60 year-old Joe Rickey Hundley, a high-ranking executive of an Idaho aeronautics company. Hundley, who was plastered when he first boarded the plane, was complaining that little Jonah was too big to be a lap baby. The toddler's mother, who was seated next to Hundley, claimed that her baby's assailant told her to "shut that nigger baby up" then slapped the child, leaving a cut under one of his eyes. The FBI arrested him and of course, despite numerous witnesses, Hundley's pleaded innocent (no doubt another lib'ral conspiracy dedicated to smearing the reputations of angry, white, privileged, racist old males).
Oh, and this isn't the first time he's been charged with assault. He was charged in 2007 for assaulting his girlfriend with a wine corkscrew.

You probably heard about the still totally relevant Ted Nugent being invited to the President's State of the Union Address. That would be the same pantsloaded, genetic misfire who'd threatened the life of the President by screaming, "Suck on my machine gun!" Well, getting invited to the SOTU takes some pull from someone on the inside and right about now you're probably wondering, "What walking brain stem thought it would be a good idea to invite an elderly yahoo of a hasbeen such as Ted Nugent to the State of the Union Address?" Well, wonder no more because Hunter at DKos has the inside scoop.

You have Texas Rep. Steve Stockman (R-Of Course) to thank for that unimaginable brain fart. Stockman, a man who's stupid, ignorant and crazy enough to make Michele Bachmann look like Margaret Meade by conspicuous relief, thought it would be a corker of an idea to invite to Washington DC and bring literally within shooting distance of the leader of the free world a draft-dodging child molester whose threats aimed at Mr. Obama were virulent enough to get a visit from the Secret Service. Not only that, Stockman recently called Nugent "a patriot." Because, you know, there's absolutely no degree of separation between a guy who shit his pants to get out of Vietnam and a colonial farmer who defended his newfound country with no military training at the risk of life and limb.

Thanks to fucking morons like Stockman, who hopefully will once again get voted out after one term, we're literally one step away from States of the Union looking like this.
0 comments