Brilliant Recent Posts
Can we perhaps talk about sports now?
A new spin on Beethoven
Blogrolling In Our Time
Where have you gone, fair readers?
I miss George Carlin.
What "Vanished Virtues"?
Will Mint Juleps Be Served, Too?
While You're Blowing Out Your Candles, Blow Me, Too
None Dare Call it Treason
Hounded to death? 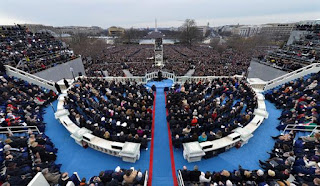 Today we could be once again gobsmacked at the idea that a black guy named "Barack Hussein Obama" was elected president....twice. 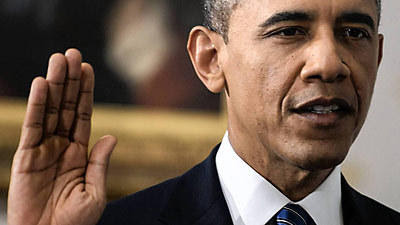 Today we could look back at the Rev. Martin Luther King, Jr., speaking to the very mall that was crowded with people today and marvel at how we got here...and affirm that we will never, ever, ever let anyone take us back to those dark days when what Dr. King stood for was regarded as dangerous. 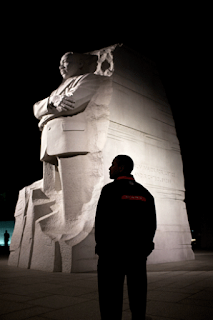 Today we could look at the military marchers in their silly pseudo-military costumes and their Terry Gilliamesque horns and feel, yes, patriotic.

Today we could be giddy that we get four more years of Michelle and Sasha and Malia instead of possibly eight years with Ann "Stop it...this is hard" Romney and Tagg and Trick and Gollum and the other Romney spawn. 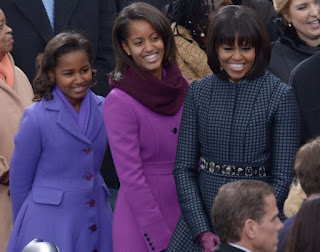 Today we could hear a president who a year ago was "evolving" on gay marriage mention Stonewall in his inaugural address. 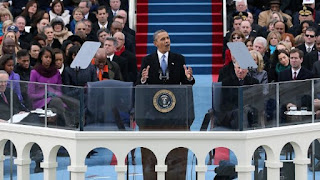 Today we could listen to a man who has been treated like Charlie Brown by the Lucys of the Republican Party for four years pimp-slap Paul Ryan's "makers vs. takers" meme.

Today we could listen to a Sousa march and get all verklempt at the pomp of it and at the marvelous thing that was built for us two hundred and thirty-three years ago.

Today we felt that the Obamas and the Bidens were part of OUR family.

Today we could once again...just for one day...have hope that maybe...just maybe...things would change.

Tomorrow it's back to the real world...a world of drone strikes and rendition and social Darwinism and insane Tea Party Republicans. But for two and a half more hours, let's just bask in today.