Brilliant Recent Posts
Around the Blogroll and Elsewhere: Brief Republic...
Vote suppression got them a president eight twelve...
Musings on a Hurricane
Why I'm Not Voting to Re-Elect President Obama
I'm Not Blurry
Mm, mm, dumb.
The Retroactive Life of Willard Mittie
The Many Faces of Ann Romney
Pre-Storm Big Blue Smurf Blogging: What They Said
Around the blogroll and elsewhere: Waiting for Sa...


Meanwhile, at Romney Campaign HQ in Boston...
Posted by jurassicpork | 12:14 AM 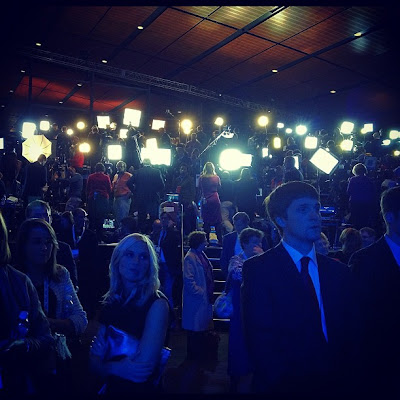 "But...but, this wasn't the way it was supposed to end. Money is supposed to buy everything," they all seem to be saying.

At the moment I write this, Donald Trump is openly calling for revolution on Twitter, Karl Rove looks like the blubbery-lipped fat kid forced to eat his own boogers on the playground and Mitt Romney is, as usual, acting like a stiff, bloated, swollen, throbbing prick about to angrily spooge all over the 47% and refusing to concede because he's momentarily ahead in Ohio without realizing the President doesn't even need Ohio.

Homophobes are packing their bags for a nongay country after Maine won gay marriage (again), Linda McMahon spent $77,000,000 of WWE money to lose two elections, Alan Grayson got back in Congress, Macaca Allen didn't get back in the Senate, Todd Akin got legitimately boned by Claire McCaskill, the Democrats expanded their lead in the Senate and are making up ground in the House, Deadbeat Dad Joe Walsh got kicked out by Tammy Duckworth, my gal Liz Warren kicked out Scott Brown and, as Elaine Boosler said on Twitter tonight, "Vaginas beat the assholes." Women saved our butts tonight, plain and simple.

More on this tomorrow, much more. But before I wearily toddle off to bed, let me leave you with these parting words:

For the time being, these are relics from the past.
1 comments