Brilliant Recent Posts
The national scourge that is white violence
Carlos Danger, Private Sextitextigator
Truth is Stranger Than Fiction
Doubting Thomas
Saturday music blogging, or Note To Young America
Let's look at what this is really about, shall we?
B37, 42 and 44
From Trayvon to Sharlene
Hey, George Zimmerman!
Dear Martin Family: I'm Sorry White People Are Su... 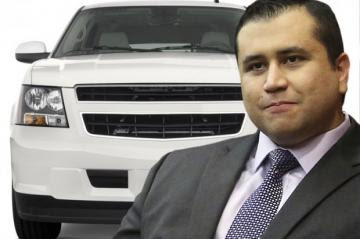 Earlier today, George Zimmerman, the Sanford, Florida man found not guilty in the shooting death of Trayvon Martin two and a half weeks ago, was pulled over in North Texas for speeding. In the Ford pickup he was driving was a gun. When asked by Texas law enforcement officers where he was going in such a hurry, Zimmerman reportedly replied, "Nowhere in particular" then asked the deputy if he recognized him from television. Zimmerman was eventually sent on his way with just a verbal warning. But that was just the first thing Mr. Zimmerman said to the officers when asked where he was going. What were the others?

The Editors said...
Damn, that was funny! President Stein must be roaring with laughter.
8/21/13, 12:31 AM
Post a Comment
<< Home
Contact
Home
Email:
brilliantatbreakfast at gmail dot com
RSS