Let's get this out of the way right off the bat: Dzokhar Tsarnaev is a good-looking kid. He's the kind of kid I would have had a crush on if I'd met him in college -- kind of androgynous, nonthreatening, a bit exotic in a nonthreatening way, with a touch of bad boy. And that is why this Rolling Stone cover is important -- because we are so used to thinking of terrorists as swarthy Middle Eastern men with a perpetual five o'clock shadow and a scowl. We know these guys; they've been the stock in trade villains of action movies for the last decade. Before it was Middle Eastern men it was guys with Russian accents. Before that it was German and Japanese guys. What Dzokhar Tsarnaev's selfie ought to teach us is not to judge a book by its cover. For the last decade, we've been looking around nervously at the Muslim family that's waiting in the airport terminal and hoping they aren't on our flight. We've been shown photo after photo of swarthy guys from the Middle East and told we have to profile them. But when you look at Dzokhar Tsarnaev, would you think that this Baltic self-styled Jim Morrison manqué would perpetuate the first major terrorist act on American soil since 9/11/01?

Of course not. But maybe we should. Maybe some attention could have been paid to the Tsarnaev brothers' disintegrating family and their increasing reliance on each other; to Tamerlan's increasing radicalization and Dzokhar's thrall to his older brother. But instead we look at the tousled curls of a college kid and think "Gee, he's kinda cute." If you're female, you hate yourself for thinking that because you know the kind of monstrous act he committed. But the number of men who are completely off the rails about this photo kind of make me wonder if this is less about concern about glorifying a terrorist and more like that old Bobcat Goldthwait bit about gay bashing:

Because if the cute college stoner can be a terrorist, then what hope do we have? We're all taking off our shoes and getting x-rayed and groped by TSA agents to get on a plane. Our e-mail and web browsing is being scooped up and our phone records tracked. Our license plates are being recorded by red light cameras and our purchases tracked. And this is all in the name of Keeping Us Safe. And yet, here was an amateur boxer and his college boy brother who were actually doing something that we thought the Muslim family in the airport was going to do until we caught ourselves and felt ashamed.

And no one suspected.

So yes, let's look at the cute kid on the cover of the Rolling Stone. Let's think about what he did and how we never would have thought he could do it. Then let's look also at this kid: 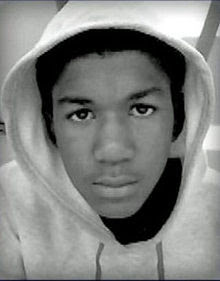 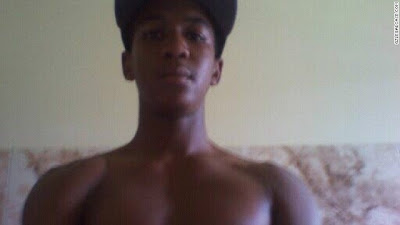 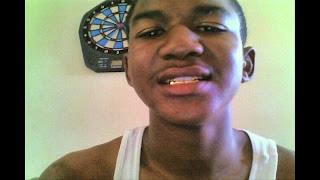 Those are all photos of Trayvon Martin.

Trayvon Martin did not commit an act of terrorism. He did not commit a crime. And yet he was judged by George Zimmerman and found guilty, because of his hoodie and his gold teeth. And meanwhile, girls swooned over Dzokhar Tsarnaev and boys smoked weed with him, and no one had any idea of what he was cooking up with his brother.

Maybe we need to start looking at something other than externals.

e.a.f. said...
Although many object to the cover of Rolling Stone, I think its appropriate. The message is clear, the kid next door could be the terrorist.

The alledged terrorist, didn't cause anyone to blink an eye. he looked o.k. by our north american standards. It is time to get past what someone looks like.
7/20/13, 2:33 AM
Post a Comment
<< Home
Contact
Home
Email:
brilliantatbreakfast at gmail dot com
RSS