Brilliant Recent Posts
Blinders Vs Binders
What's in a Number?
The Picture Mitt Romney & the GOP Doesn't Want You...
The Cheshire Cat's Sodomization of Goober and Othe...
Here's something I missed
Just checking in....
Malala Yousufzai
Planet Moron
Any Way the Wind Blows
I was so angry today 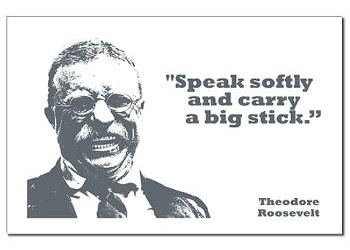 You can practically drink the flop sweat in the air, it's so thick. And leave it to the Republican Party to pull the ultimate card, employee intimidation, to try to pull off a November surprise that a five year-old can tell them ain't gonna happen. Yes, during the year when we've bullied bullying in the classroom and the schoolyard, the GOP actually thinks bullying your employees into voting Republican is a good tactic.

Check out this clip of Deadbeat Dad Joe Walsh on the 13th talking to, predictably, old white people. He tells his constituents that if they run a business, now would be a great time to "energize" their employees and tell them to vote Republican... or else. Joe's about to become the first guy in political history to get his ass kicked by a woman with no legs.

That's because the Republican Party knows flat-out that their ideas suck and do not resonate with the concerns and priorities of the working class, the mooching 47%, and have to resort to fear and intimidation tactics. How else are you supposed to get the proletariat on board for what's a nakedly pro-business agenda engineered to benefit the 1%? Frankly, I'm amazed they think their employees are stupid enough to fall for the old line of, "Well, if the nigger gets re-elected, I may not be able to cover your health care costs this year!"

Which would, of course, if it were true, throw them to the tender mercies of their much-vaunted free market system that they're telling us we can trust to regulate itself and that prices and premiums will spiral downward as they compete with each other.

Except that history tells us the only way a largely unregulated market place will compete with itself is to see who can jack up their rates the highest and fastest. We saw that about six years ago when that abomination known as RomneyCare took effect just before Willard traipsed off on the campaign trail to resume his political losing streak.

So look for the Soviet-style intimidation to ramp up between now and election day, tovarisch.
0 comments