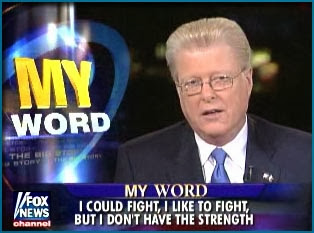 What if a man, for want of a better word, in the Senate for less than nine months fell over giving a filibuster and nobody listened? Would it have happened?
Well, we found out the answer to that quasi-Zen question when Ted "I'm Morphing into Joe McCarthy" Cruz, after vowing he'd filibuster The Affordable Care Act until he "could no longer stand", bloviated for exactly an hour before having to be spelled by Utah Senator Mike "Fuck Child Labor Laws" Lee. After 20 minutes in, he'd already blown his wad of talking points and was blabbering on about unemployment statistics.
Wow, Ted could only stand on his wickets for an hour before having to slap the palm of another GOP psychopath in this pathetic tag team of Tea Party Tantrums?
An hour is all Cruz could muster before giving way to someone else. Such stamina, or the lack thereof, makes Sarah "Bible Spice" Palin look like a rock in comparison. Compared to him, Wendy Davis has the staying power of the Statue of Liberty. And the funny thing is, Cruz was buried by virtually all the major newspapers who chose to put on their front page real estate little stories like the President addressing the UN and the events in Syria (although it can be said that, in his mini filibsuter, Cruz expended so much hot air over DC that even James Inhofe was beginning to believe global warming was for real).
Luckily for Cruz, the rules of the Senate regarding the filibuster are infinitely more lenient and forgiving than they are in the Texas Senate, in which old, white male Republican misogynists were just quivering for the slightest excuse to shut down Davis and finally did so when she was 10 and a half hours into her own filibuster protesting a bill that essentially would've stripped all women of their basic reproductive rights. Teddy didn't have any such stringent standards to maintain, although the GOP was grumbling in the background for him to sit down and shut the fuck up. Rep. Pete King even went as far as to publicly call Cruz "a fraud" for engaging in "government terrorism."
The problem with being visible in politics even after such a short time in office is that you're on a chain gang. You're chained to a lot of other guys and if you just suddenly decide to fling yourself into a ditch, as Cruz made a show of doing yesterday, then you drag a lot of guys in after you. Remember that scene in Apocalypto where the Mayan slaves were roped together and one guy slipped off the mountain and almost took the rest down with him? Yeah, that's what it was like. Republicans aren't completely stupid and they know what's at stake in next year's midterms, in which all 435 House seats will be up for grabs.
Cruz obviously doesn't care about anyone but himself and his ludicrous political ambitions. Like Rubio, he got the bright white spotlight and bombed like an Arab comedian at an AIPAC convention. He has no problem with shutting down the government in his temper tantrum over ObamaCare and even less of a problem, it seems, with taking down his own party in next year's midterms. If the American public, for some bizarre reason, wasn't already aware of how completely batshit insane the GOP is regarding even tepid health care reforms as delineated in the ACA, then Ted Cruz's stunt yesterday certainly put them on a lot radar screens.
And Cruz's McCarthyesque zealotry over ObamaCare is bordering on the delusional and pathological and even other hind leg-chewing Republican psychopaths like Pete King know that he's gone far, far afield of the line in the sand that even they had the sense to draw. Maybe it has something to do with the fact that since 2009, Cruz has vacuumed up nearly $500,000 from the health care field, or perhaps it's too cynical of me to suggest such a crass thing as following the money.
But the fact is, while five plus years is thousands of eternities in political years, I think even the people in Ted Cruz's home state have gotten a clue as to what a mostly-empty sack of shit he truly is. As with fellow Latino senator Marco Rubio, the GOP let Cruz stumble out there in the spotlight when they should've known this Brycreemed Sterno bum wasn't ready for prime time. And I say we should let them continue to do so.

Anonymous said...
Please. Call him by his name, Raphael Edward Cruz.
If the republicans want to be nasty on immigration, call Mr. Cruz by his real name.

e.a.f. said...
don't worry, be happy. Cruz was born in Canada. Calgary, Alberta, Canada to be exact. He therefore can not run for president. Now isn't that a comforting thought.

Cruz was born in a provincially owned and funded hospital, in Calgary. His Mom got to see her doctor free of charge. There was no cost for him being born in the hospital. His Mom got to choose her own doctors and specialists. Now if he and his Mom benefited from this "government funded" health care in Canada, why doesn't he want all Americans to have a similar plan?

Alberta still has about the same medical plan as it did when Ted was born. They haven't gone bankrupt. They don't have "death panels". Oh, and Alberta is known as "texas north". Yes, they have some oil.

They have a lot of red necks there also. However, the red necks do realize their children and their parents need good decent health care, which doesn't bankrupt them. It really is nice to be able to buy a home after your kid has had cancer and survived. You don't go bankrupt over cancer, the flu, or a kid with ear infections.
9/28/13, 7:35 PM

Anonymous said...
If Cruz cannot run for president because he was born in Canada to an American mother, then neither should McCain, who was not born in the US, have been allowed to run.
9/29/13, 1:09 PM
Post a Comment
<< Home
Contact
Home
Email:
brilliantatbreakfast at gmail dot com
RSS