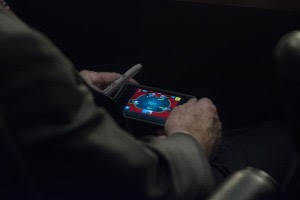 Yesterday during a three hour-long hearing about Syria, Sen. John McCain (R-AZ) was caught by a photographer playing Poker on his iPhone. Senator McCain was unapologetic on Twitter, sarcastically calling the disclosure a "Scandal!" (Last November, Sen. McCain had held a press conference castigating President Obama for not holding meetings with Congressional leaders about Benghazi during a classified Benghazi briefing). But Poker was not the only thing the senior Senator from Arizona was caught doing during the hearing. What were his other diversions?