Dred Scott Was Also a Criminal
Posted by jurassicpork | 12:28 PM 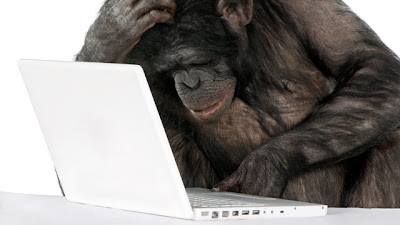 In what is indisputably the stupidest post anyone has likely written today, some person by the name of RMuse on Politicususa.com, a site I ordinarily respect and read because of writers like Sarah Jones, wrote and posted an "article", for want of a better word, in which the title sums up the content: "The Simple Fact Is That By Legal Definition Edward Snowden Is a Criminal."
Unfortunately, penning a title summarizing the article's content is the exact point where this RMuse apparently abandoned any further pretense to journalistic integrity or even of basic cognitive thought.
There is so much that's wrong with this article, which would be right at home in the pages of The Weekly Standard or, if they actually knew how to write, Redstate.org or Freeperville, that one hardly knows where to begin but I'll give it the old college try.
Let's start with this "writer's" simple-minded and disturbingly complacent belief that the issues raised and exposed by Edward Snowden can really be summarized on a bumper sticker or thoroughly explicated within the confines of a 500 word blog post. Yes, on the face of it, from a purely legalistic standpoint, Snowden violated the law, specifically 18 U.S.C. 793(d) Unauthorized Communication of National Defense Information, and 18 U.S.C. 798(a)(3) Willful Communication of Classified Intelligence Information to an Unauthorized Person, all of which is enforceable under the Espionage Act.
But just because a law is on the books doesn't mean it belongs there. Whistleblowers under Obama have been persecuted and prosecuted like never before (more have been prosecuted in Obama's first four and a half years than all other administrations combined). Sometimes bad laws intended to curtail our civil liberties and even our very Constitutional protections are put on the books (Think USA PATRIOT Act and the National Defense Authorization Act) or laws that may have started out with the noblest intentions have been perverted to include not terrorists but ordinary, law-abiding folk.
What this bozo seems to be saying is, "If it's on the books, comrades, we all need to obey or pay the price because Big Brother knows what's best for us."
Slavery also was legal and slaves who ran away from their brutal subjugation were also, in simple legal terms, criminals. Denying women and black people the right to vote was legal. Employing children in dangerous mills was also legal.
But to our friend RMuse, if someone coming into possession of some very disturbing information theoretically affecting all 300,000,000+ of us then discloses that information, it's not important because we've known about the program for "12 years" (Actually, just seven and a half because the NY Times' Lichtblau and Risen didn't tell us about the NSA's warrantless wiretapping program and the circumvention of the FISA courts until December, 2005.).
And as long as we're talking about releasing classified intelligence to unauthorized people, how about this government's ongoing fetish with giving such classified information to "green badgers", or contract employees of security firms contracted by the governments who can pretty much take their work home with them and do whatever they want with it once their company's contract with Uncle Sam ends? Almost six years ago, RJ Hillhouse, the intelligence blogger behind the blog The Spy Who Billed Me, revealed in the WaPo, to little fanfare, that over 50% of the people working in our National Clandestine Service were green badgers, or security contractors whose loyalty to the government and the laws of the land only extended to how long they'd get paid. In the last six years since Hillhouse's eye-opening article, we haven't gotten the slightest indication whatsoever this federal outsourcing orgy had mitigated under Obama. So, as long as we're talking about divulging classified information to unauthorized people, let's first inspect the government's bizarre take on who is or is not authorized.
And this so-called article by RMuse seems to be predicated on nothing more than a tragically misguided sense of loyalty to poor, maligned Obama, who only wants what's best for all of us (which, ironically, Bush also stated time and again). Here's what's said about these Emoprogs that seem to be, in RMuse's addled mind, shaping the narrative:


The issue is not whether Snowden acted out of conscience, but that there is another opportunity to brand President Obama as a vindictive political adversary when a person with a security clearance violates their charge to not hand off sensitive intelligence information to unauthorized persons. That Snowden is seeking political asylum as if it is a personal vendetta is an affront to the rule of law and another Emoprog attempt to assign blame to the President for something clearly under purview of the N.S.A. and Department of Justice... The idea that Snowden is to be lauded as a hero for exposing a twelve year old government program is itself an aberration of common sense rivaling the absurd notion that this President is pursuing a personal vendetta because the Justice Department is pursuing a criminal complaint for three U.S. Code violations... It really drives one to wonder where the Emos were twelve years ago when we liberals were screaming the Bush administration was intent on monitoring the American people’s every move; unfortunately, many were “trusting President Bush to handle national security” and realizing they were duped are now taking out their frustration on President Obama.

Oh my fucking God, and it's not even my birthday.
First off, I have to wonder where these limousine liberals are now that Obama has not even merely continued the spying program started under Bush but actually ramped it up as surely as he did Afghanistan (that's led to us actually negotiating with the Taliban while war-profiteering contractors still outnumber actual troops on the ground). The overarching assumption is, "If Bush did it, it's bad and where were you influential and allpowerful Emoprogs way back when?" but if Obama does the same thing and more, it's, "He's merely looking out for your interests, comrades, and who needs the 4th Amendment, anyway?"
This shockingly, stupendously and astoundingly idiotic article essentially gives Obama carte blanche to do whatever he wants while lobbing a long-delayed grenade in the direction of Dallas. When Bush went after whistleblowers such as Susan Lindauer (also charged with the Espionage Act of 1917 until having the charges dropped, mysteriously, on January 16, 2009, or right before the Bush junta slithered out the back door of the White House kitchen), although not nearly as often as Obama, it was a personal vendetta. When Obama's DOJ goes after someone, citing the Espionage Act (which has been used several times in the past to go after the wrong people), it's not a personal vendetta at all, despite all outward evidence to the contrary, and it's just a well-meaning President looking out for the safety and interests of his own people.
What this moron is saying is this: Daniel Ellsburg should've gone to jail and we should've remained in the dark regarding what the Rand Corporation and our Defense Dept. was doing in Vietnam and that we shouldn't've known the last two administrations lied to us. He never should've released the Pentagon Papers and, while we're at it, we should've impeached Sen. Mike Gravel for entering the Pentagon Papers into the Congressional Record.
Bradley Manning should also have the book thrown at him by whatever black-robed kangaroo sits on the military tribunal trying him on charges of leaking classified info (which has not even been established, yet) because we also had no right to know the Bush junta was lying to us and murdering journalists in Iraq in 2007. While we're at it, why not just go all out and ask Obama to send out Predator drones to take out everyone who ever worked at Wikileaks, starting with Julian Assange in Ecuador?
Perhaps, if the blogging Gods are with us today, this steaming pile of partisan crap will die the ignominious death it so richly deserves. But just in case people take this seriously, let's also consider that vastly different people such as Dick Cheney and Chuck Schumer are both calling Snowden a traitor for telling us something we most certainly had a right to know. And when you add Al Franken going to bat for the Obama administration and the NSA and calling this extralegal program just and necessary and that, "Oh, no, we're not spying on you, comrades", you just know something's rotten in the state of Middle America.
Finally, let's consider these chilling words toward the beginning of RMuse's opus where he says (emphasis his), "It is interesting that a clear “breach of the law” according to one media outlet is so easily conflated with “basic theories of civil disobedience” to “enable debate and reform."
So, as long as we still have a guy in the Oval Office wearing a blue jersey with a "D" on it, we haven't the need nor the right to civil disobedience, which is exactly what Obama's NDAA was created to inhibit if not destroy. Even if you unmask a government program too big to even call a conspiracy showing this surveillance state is vaster than anyone ever realized, you're not merely civilly disobedient, you're a criminal because this stupendously corrupt and self-dealing, self-interested government says you are.
In the meantime, let's just all continue using our laptops and cell phones knowing the government is harvesting much more than mere metadata because compliance in the Glorious Age of Obama is mandated, comrades.
1 comments

northierthanthou said...
Without that criminal, the public would know a lot less about government activity than it does today.
6/24/13, 2:46 PM
Post a Comment
<< Home
Contact
Home
Email:
brilliantatbreakfast at gmail dot com
RSS