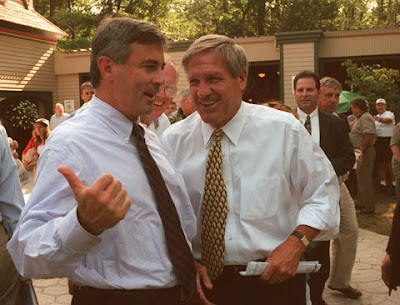 Anonymous said...
"a willingness to reach across the aisle in order to do some good by the people (a lesson obviously lost on our current POTUS)" ... what you talking about, Willis ? POTUS throws his allies under the bus, enacts what the other side claimed they wanted, but the other side still slaps him upside the head as being too partisan ! You must have drank deeply of that Broder-juice !
6/14/13, 7:31 PM

jurassicpork said...
No, I meant that when Obama reaches across the aisle, he rarely does any good by the people.
6/16/13, 3:53 PM
Post a Comment
<< Home
Contact
Home
Email:
brilliantatbreakfast at gmail dot com
RSS