To Resurrect a Mockingbird
Posted by jurassicpork | 2:39 PM 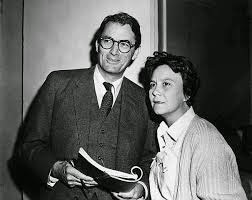