Brilliant Recent Posts
When Reason Fails... Bully!
Blinders Vs Binders
What's in a Number?
The Picture Mitt Romney & the GOP Doesn't Want You...
The Cheshire Cat's Sodomization of Goober and Othe...
Here's something I missed
Just checking in....
Malala Yousufzai
Planet Moron
Any Way the Wind Blows 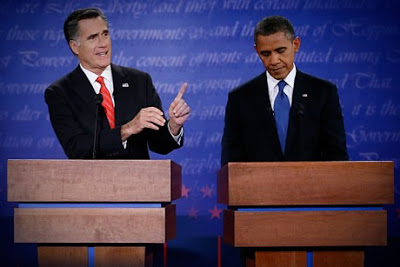 At the second presidential debate at Hofstra University on October 16th, Think Progress reported that Republican presidential nominee Willard Mitt Romney told 31 lies in the 41 minutes in which he spoke. This would seem to shatter Romney's short-lived record of telling 27 lies in 38 minutes in the first debate and far surpasses the mark of a mere 24 lies in 40 minutes set by his running mate Rep. Paul Ryan at the Vice Presidential debate. But of these 82 falsehoods in just under two combined hours, what were the top 10 told by Mr. Romney during the last presidential debate in Hempstead?