So Long and Thanks for All the Gefilte Fish
Posted by jurassicpork | 1:03 PM 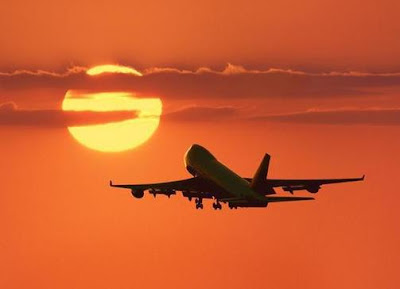 When you get right down to it, bloggers are really just glorified bleacher bums. Some of us have louder voices than most, others ruder and more profane and some even have megaphones. Jill at Brilliant at Breakfast was once described as "the best bleacher bum since Pete Axthelm." Those are some pretty big shoes to fill since the late New York Herald Times sportswriter was pretty much the best at his game.
I just got an email from Jill, our server at Brilliant at Breakfast, and while I won't quote the letter in full, I can certainly paraphrase the abstracts:
Jill's shutting down B@B and two weeks ago had moved from her native New Jersey for warmer, palmier climes. If you were a fan of Jill's blog, you'll remember that she'd suffered some catastrophic losses over the last couple of years, starting with the death of a beloved feline then the even greater loss of her husband. She dove into work, frequently putting in 80 hours a week for her company and pretty much put B@B in mothballs.
As with many other blogs, she had invited others to contribute, including yours truly. But they were erstwhile, at best, and with the death of Bob Rixon, the likely gradually morphed into the inevitable. Even I could not crosspost much over the last year due to my various fiction projects and other matters to attend to, although I'd recently tried to make a game effort to freshen the place up once I'd put my latest title to bed with my publisher.
Jill could kvetch with the best of us and on many occasions, as good writers are wont to make other writers do, I'd find myself muttering, "Damn, I wish I'd thought of that!" As with Pottersville, B@B was a catch-as-catch-can type of blog and when you surfed in during its heyday, you never knew what you'd get or how you'd get it. The title of the blog was a quote from Oscar Wilde, who'd once written, "Only dull people are brilliant at breakfast."
Yet, despite the self-deprecating title, Jill was never Oliver Wendell Holmes' "The autocrat of the breakfast table". Quite the contrary. The sub masthead was also a not so sly dig at Arianna Huffington's plantation at the HuffPo: "Where noone cashes in on unpaid writers." Indeed, Mrs. JP and I had benefited countless times from Jill's largesse over the years, often handing over whatever meager income B@B had accrued in the way of ad revenue.
And, like a true liberal blogger, Jill has a quasi socialist sensibility and special affection for the B, C and even good Z list blogger that was famously championed by the late Jon Swift. During a time in which many of the A listers also left for palmier climes through MSM and book deals, Jill stayed true to her roots and those who shared that root network, often with an eloquence and passion of which the likes of the late Steve Gilliard would be proud. I don't know if she will take down the blog or merely restrict access to the other contributors. I hope it will only be the latter.
So this is your server's New Year's resolution: To seek happiness in the hideous rictus of devastating loss and heartbreak, which, after all, is what distinguishes us as a species: That stubborn insistence of putting one foot before the other regardless of how arduous and adversity-riddled the journey.
Godspeed, Jill, or Whoever and whatever puts wings on your heels. I will keep the campfires burning as long as I can from here and will keep a candle in the window for you, old friend.
1 comments

Androcass said...
Well, this is disappointing, if not altogether unexpected. Anytime a great voice for equity and rationality is stilled, even if only by personal choice, we are the poorer for it.

In my relatively short-lived blogging "career" (one which, looking back at it, had moments of remarkable prescience...but this isn't about me), there were touchstone blogs I looked to as inspiration. B at B was one of them (still a bit sad I never made the roll).

In contrast to the corporatist utopians who have been amazingly successful despite relatively little knowledge (cough, MY, cough), B at B was outrage grounded in reality, a blog that never wandered off into theory or idealism, but looked at how real decisions affected real people.

But outrage is a hard flame to keep burning brightly, and I completely understand how someone would return to one's self. So, Jill, I wish you the very best, hope that you can realize that there are those you touched and stirred and made to feel, and that's a gift you gave to us that we won't soon forget. Best of luck always.
1/2/16, 5:47 PM
Post a Comment
<< Home
Contact
Home
Email:
brilliantatbreakfast at gmail dot com
RSS