Brilliant Recent Posts
Mama's got a brand new bag
We already know we're fat, thank you very much
You have meddled with the primal forces of nature....
Something really, really nice, for a change
Death with indignity
The "Please continue, governor" presidency?
Tomorrow, the real world again.....but today...
Can we perhaps talk about sports now?
A new spin on Beethoven
Blogrolling In Our Time 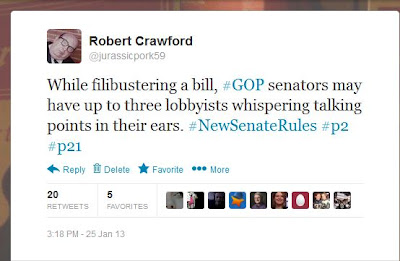 I guess "Give 'Em Head" Harry Reid decided that fellatio was a lot easier without that pesky spine.
Last Thursday morning, Senate Majority Leader Harry Reid said something amazing to Ezra Klein of the WaPo: “I’m not personally, at this stage, ready to get rid of the 60-vote threshold.” Essentially, he pulled an Obama, negotiated in good faith with Mitch McConnell, which is like negotiating with a pissed off cobra whose basket's been used as a snare all week by Gene Krupa, and emerged thinking he'd scored a victory on filibuster reform.
Problem: the deal didn't reform shit. They'd inserted, instead, changes to how nominations and appointments are done in the Senate. As one pro-reform aide told Klein, "“Right now, you have to negotiate with McConnell to get on a bill. Tomorrow, if this passes, you still need to negotiate with McConnell to get on a bill. It changes nothing on how we move forward.”
So, thanks to Harry Reid, who never saw a Republican knob he didn't want to polish, we're back to the same old same old, with McConnell still permitted to act dependably as a stumbling block to any progress until Kentucky voters finally check the water supply or start drinking bottled water.
Another problem: Reid's 60 vote super majority, which the Democrats aren't close to having and won't have for quite some time to come no matter how long Republicans continue their clown sex show in the well of the Senate, is a myth. For that one, brief, shining moment when the Democrats had 60 votes, when Norm Coleman was finally dislodged from his seat like the misplaced dingleberry he was and Al Franken was finally able to take his rightful place, the Democrats had that super majority and did what with it?
Dick. Squat, Bupkiss. That's what. That's because even with a filibuster-proof 60 vote supermajority, you can always count on at least a half a dozen Blue Dog douchebags who technically caucus with the Democrats but often side with the Republicans to give them an unofficial majority.
Sometimes it's scary to see because it involves flashbacks of goose-stepping soldiers and stiff-armed salutes but you have to give hidebound Republicans credit for one thing: They know how to close ranks and circle the wagons faster than 19th century homesteaders under an Apache attack. On countless occasions we've seen Republicans, far more often than Democrats, vote in lockstep for or against something to a man in both the Senate and the House.
That kind of party discipline will always elude the Democrats, those not-so-lovable perennial losers who could've taken the momentum they've built up since Election Night last year and gotten their way. The Republicans lost the elections and would've lost the House were it not for gerrymandering. They lost on health care. They lost on women's issues. They lost the White House again. They lost on the debt ceiling. They lost on Benghazi and during Hillary Clinton's testimony (I hear Hillary's new change purse used to be Rob Portman's scrotum).
And they would've lost on filibuster reform, which most Americans wanted, if Harry Reid had just resisted this one time to stay off his fucking knees and pull down McConnell's zipper. The Democrats, with their fractiousness and lack of party cohesion, are like that Bill Crystal character on SNL: 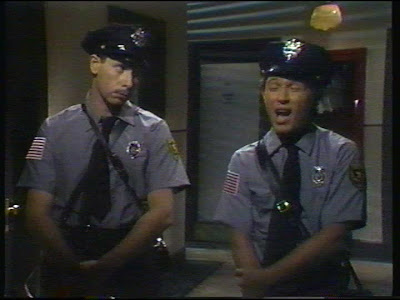 "Don't you hate it when you break light bulbs on the floor, then get naked and roll around in it then rub salt in your cuts? Don't you hate when that happens?"
That's what the Democrats will be like come Monday morning when they realized their bills that should've gone up for cloture or final votes last week are still tabled and trapped in committee. They'll wonder how this happened even as they take out the cayenne pepper-tipped bamboo shoots and start jamming them under their fingernails.
1 comments

Thank you for letting me know the middle name of Dick "Squat" Bupkiss. I appreciate that. Since GOP Senators may have up to three lobbyists whispering in their ears does that mean that they have at least three ears? I am certain that they have three waste disposal systems so they can relieve themselves at all times.
1/28/13, 12:04 PM
Post a Comment
<< Home
Contact
Home
Email:
brilliantatbreakfast at gmail dot com
RSS