Brilliant Recent Posts
I'm starting to understand why people get hospital...
Top 10 Lies Told by Mitt Romney at the 2nd Debate
When Reason Fails... Bully!
Blinders Vs Binders
What's in a Number?
The Picture Mitt Romney & the GOP Doesn't Want You...
The Cheshire Cat's Sodomization of Goober and Othe...
Here's something I missed
Just checking in....
Malala Yousufzai 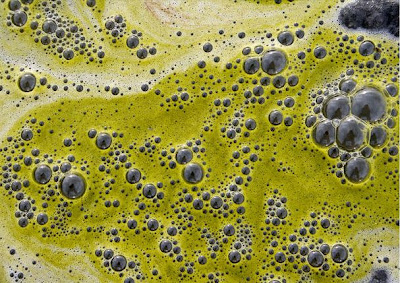 See this? This is pond scum. This is what Republicans can only aspire to. And as much as I disrespect Democrats, if I had my way I'd shanghai every self-identified Republican on the planet earth, stuff them in a Saturn V rocket and aim them into the heart of a red giant 100 light years away. And the first one in this one-way ark would be Darrell Issa (R-GTA).

And why do I have a problem with Darrell Issa these days? Well, let's start with the fact that, in his racist hatred of the Obama administration, he'd made a document dump of 166 pages that outed certain Libyans by name, a disclosure that only puts their lives in danger. Go ahead and read Josh Rogin's bombshell of an article and I'll price Saturn V's while I'm waiting.

For the moment, let's just elide over the fact that Darrell Issa, a pistol-packing car thief who, with screaming irony, made his $450 million fortune as CEO of a company that made car alarms, is now worse than Wikileaks and Bradley Manning. who at least can say never put anyone's life in danger with their disclosures. Issa's State Department document dump that names names in his mad attempt to scuttle the president's reelection campaign, is now working with or for the very terrorists who'd taken the lives of Ambassador Chris Stevens and three others. Despite the sensitive information contained therein, the State Department never made these cables classified, giving a partisan lunatic like Isaa leeway to release them as is.

Does this really surprise anyone that this scorched-earth strategy was hatched by a party that time and again has shut down the government with one temper tantrum after another until they finally got what they want?

In working in cahoots with terrorists, this incredibly scummy disclosure will at the very least have a chilling effect on Libyans or anyone else who would even just consider working with the American government. Republicans foam at the mouth at the very mention of Wikileaks. But now for the umpteenth time it seems we have met the true enemy and it's the Republican Party.

At the very least, Issa should get voted out of office over this. Personally, I'd love to see Issa get impeached for breaching national security and working in tacit collusion with terrorists. Jerry Tetalman is running for Issa's seat in California's 49th district. He doesn't have nearly the war chest that his criminal opponent does so I'll make you all a deal:

Whatever anyone contributes to Pottersville's Paypal account between now and the day before election day, I'll donate exactly half of what I receive to Tetalman's campaign. We need to get this piece of shit off the Oversight & Government Reform Committee and out of Congress before he endangers more lives.
0 comments