Brilliant Recent Posts
Meet the Republican Base -- another in a series
There is no more denying that the Republican Party...
When frogs don't start falling from the sky, even ...
Oh yeah, that'll work
McClatchy: "Racism, Homophobia Dominates Tea Party...
Blogrolling in our Time
The "postpartisan" meme
Bart Stupak: Still an idiot. Still has to go.
Explain, please.
Sunday Music Blogging: Falling Like Dominoes edit...


Confederacy of Dunces, continued
Posted by Jill | 7:27 PM
You know, if these Republicans hate government so much, why do they accept a government paycheck? And government health insurance. And a government guaranteed pension.

Here is what passes for Republican governance in response to the passage of health care reform:

Vitter amendment: Prohibiting use of funds to fund the Associate of Community Organizations for Reform Now (ACORN). (#3554)

Someone ought to tell Vitter that ACORN is closing up shop.

Grassley amendment: To make sure the President, Cabinet Members, all White House Senior staff and Congressional Committee and Leadership Staff are purchasing health insurance through the health insurance exchanges established by the Patient Protection and Affordable Care Act. (#3564)

Mr. Grassley, you too.

Inhofe amendment: To exclude devices for persons with disabilities from the medical device tax. (#3565)

Grassley amendment: To amend title XVIII of the Social Security Act to ensure Medicare beneficiary access to physicians, eliminate sweetheart deals for frontier States, and ensure equitable reimbursement under the Medicare program for all rural states. (#3569)

And here I thought the frontier represented "the real America."

Oh, and let's not forget this greatest hit from Tom "Lesbians Are Overruning the School Bathrooms in Oklahoma" Coburn:
1. No Erectile Dysfunction Drugs To Sex Offenders – This amendment would enact recommendations from the Government Accountability Office to stop fraudulent payments for prescription drugs prescribed by dead providers or to dead patients. This amendment also prohibits coverage of Viagra and other ED medications to convicted child molesters, rapists, and sex offenders, and prohibits coverage of abortion drugs. (Note: the creation of exchanges could allow sex offenders to receive taxpayer-funded Viagra and other ED drugs unless Congress expressly prohibits this action)
I would not want to understand the minds of these people. There isn't enough Mop 'n' Glo in the world to clean up the filth off the floors of their brains.

This is the kind of petty bullshit that our tax dollars are paying these Republicans for. You know what they are? They sure as hell aren't leaders, or statesmen. 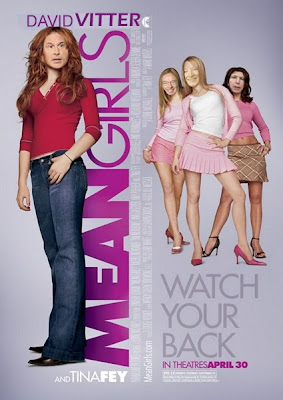 I believe that there is another reason for this idiocy. They are trying to flood congress with time consuming things that stop congress from doing anything at all.
3/24/10, 5:18 AM

John Brittain said...
Progressives need a label for these amendments, a Lutz-ism that will stick. I vote for "Enema Amendments". Let the comments flow from that. Push it and if CNN and others start calling these the "so-called Enema Amendments" they will have absolutely no teeth come election time.
3/24/10, 9:27 AM

jurassicpork said...
Who says they have no ideas?

After this, if these miserable pricks actually gain ground on us this November, Barb and I are permanently moving to Upper Volta.
3/24/10, 7:56 PM

The Crew said...
Mr Brittain...
Really now... shame on you...
You are giving enemas a bad name. Mae West would roll over in her grave if she heard her beloved enemas were being used for political fodder. Find a dirty, horrid label - something much more disgusting than the enema!
3/24/10, 8:11 PM
Post a Comment
<< Home
Contact
Home
Email:
brilliantatbreakfast at gmail dot com
RSS