Brilliant Recent Posts
Pacific Rim Job
The REAL State of the Union
Light Dawns on Marblehead
Children's Book Corner: The United States of Bubba
It's easy to talk when you haven't been through it
God Help Us Every One
Sunday Music Blogging: Looney Tunes
The War on Christmas as seen from the Mall Capital...
And now, a holiday greeting from Popeye the cat...
Ducking the Truth: The Real American Dynasty


Putin on the Ritz
Posted by jurassicpork | 2:23 PM 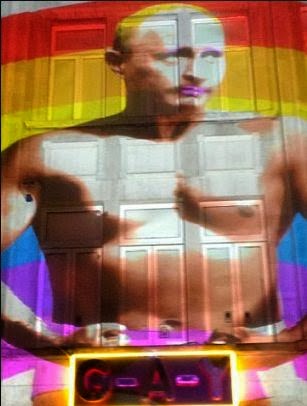 e.a.f. said...
the image of their raised fists have stayed in my mind all these years. whenever I think Os, the picture comes to mind. As to who will take a stand this time, hard to say. It maybe no one.

Watched the opening festivities on C.B.C. this morning and they are truly amazing. Putin has what he wants or perhaps not, the guy never smilies. Must think he's Stalin.

The only thing which may mar the Os. is if one of the security people mistake a "somebody" for a "nobody" and does something to them, which the world will just recoil over. Peter Mansbridge, C.B.C., lead anchor mentioned earlier this week, you don't go out at night without your press credential around your neck.

It is doubtful any terrorist will bother the games. they have already achieved their goals. they created problems. If they were going to do anything, it will be somewhere else. While the Americans have to aircraft carriers off shore and other countries and Russia are all focused on the games, it would be a good time to do something else.

The Chetchen maybe crazy but he isn't stupid. An open assault on the Games would result in Putin starting a scorched earth policy in Chetnea, and not many would be there to stop him.
2/7/14, 5:29 PM

rjs said...
dont know if you intended it or not, but your title reminded me of this:
http://www.youtube.com/watch?v=FNXd3wX_USc&feature=share
2/7/14, 7:10 PM
Post a Comment
<< Home
Contact
Home
Email:
brilliantatbreakfast at gmail dot com
RSS