Brilliant Recent Posts
Light Dawns on Marblehead
Children's Book Corner: The United States of Bubba
It's easy to talk when you haven't been through it
God Help Us Every One
Sunday Music Blogging: Looney Tunes
The War on Christmas as seen from the Mall Capital...
And now, a holiday greeting from Popeye the cat...
Ducking the Truth: The Real American Dynasty
New York City just elected its most progressive ma...
What is This "War on Women" of Which You Speak, St...


The REAL State of the Union
Posted by jurassicpork | 11:23 AM 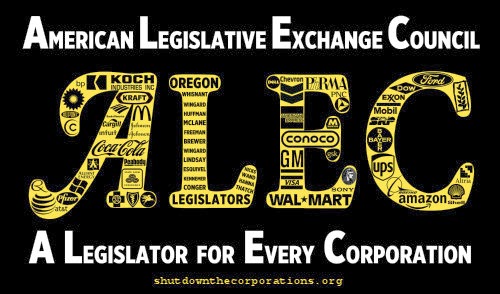 (Last night, I got an email from a friend in Florida, one responding to a letter I wrote him the year before last! And in this email, he told me that he was better off at 20 than he was now. My friend Bob's a consultant who's worked with NASA and has personally known people whose names you used to read in the headlines all the time. And despite being a highly trained consultant for NASA, he's fallen on hard times as NASA's budget has taken a sledgehammering as have so many of us. This is the full text of the email I'd just sent him and I think it was good enough to explain not only my own situation in particular but our collective situation as a nation.)

Anonymous said...
This seemed to fit with your topic - http://susiemadrak.com/2014/02/03/nope-not-your-imagination/