Brilliant Recent Posts
Children's Book Corner: The United States of Bubba
It's easy to talk when you haven't been through it
God Help Us Every One
Sunday Music Blogging: Looney Tunes
The War on Christmas as seen from the Mall Capital...
And now, a holiday greeting from Popeye the cat...
Ducking the Truth: The Real American Dynasty
New York City just elected its most progressive ma...
What is This "War on Women" of Which You Speak, St...
The War on Christmas 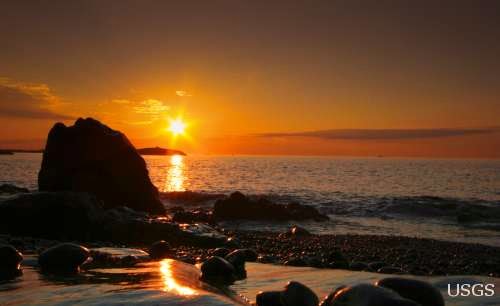 Two years ago, I wrote a furious post about GOProud, the bottomlessly deluded conservative gay rights group that had pathetically Velcroed themselves to the Republican Party thinking, like the wimpy kids trying to ingratiate themselves with the bone-headed high school jocks in an eternal hopes of finding some common ground.
The tweet below that I'd found on Twitter, posted at 1:08 PM, or just hours before Chris Christie vetoed a gay marriage bill passed in the NJ Senate, is what acted on me like a red flag to a bull. Then tonight, Mrs. JP sends me this email linking to a diary by the incomparable Hunter at DKos "GOProud co-founder gives up, leaves Republican Party." 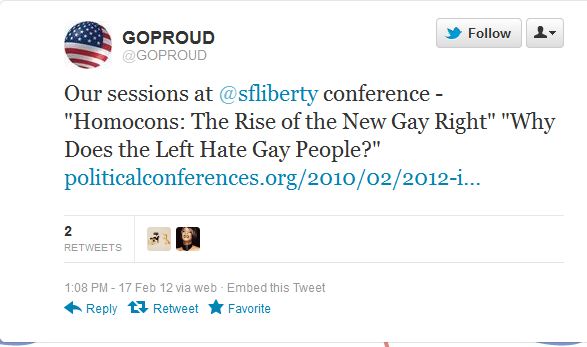 The long-forgotten (save for yours truly) tweet has acquired a sort of double significance, an added dimension of irony in light of this latest and still all-too-rare example of right wing apostasy. Yes, Jimmy LaSalvia, cofounder of GOProud, the eternal Charlie Brown of LGBT politics, finally had enough of the Lucy Van Pelts of the GOP snatch the football away from him. He's done with, pardon the unintentional pun, sucking up to the GOP and is forming an independent party (and I suggested this two years ago in the comment section when I'd written, "Keep your core conservative beliefs, by all means, but it doesn't make any sense to Velcro oneself to a party that loathes them and constantly seeks to demonize them and strip away rights that should be accorded everyone.").
As Hunter said, "That may be the slowest damn realization in the history of people having realizations." And now I find myself in a d r i f t g l a s s state of mind when the spirit moves him to write another post righteously bashing fellow half-hearted apostate Andrew Sullivan in the post-Bush era when he whines from his feathered nest in the pages of the Atlantic about how the latter-day Republican Party is a bunch of mean, nasty big sillies and how they tweak his ascot. Hunter doesn't want to come down too hard "on the poor guy" but I haven't any such scruples.
In his little farewell to the troops of the GOP, LaSalvia never once admitted that we liberals who've been fighting for the same exact thing as him from the trenches on the Other Side were really the good guys. He sniffled he's a "small government conservative" and that he's dismayed that the GOP is "happy to have big government as long as they’re in charge."
Oh, and he's genuinely shocked, shocked, I tells ya, that the GOP is ruled from top to bottom, side to side, inside and out with racist homophobes.
Fine. Let him keep to himself. We don't need him, nor want him, even though I can only speak for myself.
This useful idiot, in all likelihood the one who wrote that tweet bitching and moaning about how liberals hate gay people, endured for five years the slings and arrows of outrageous homophobia from the very same party to which he'd allied himself because he honestly, truly thought in his heart of hearts that the GOP would usher him into their Big Tent because he, too, hates Big Government. Because to the Big Daddies of the GOP, it's not enough to love small government and few to no regulations. Because the ultimate litmus test to these people is whether or not you're a Heterosexual-American. To these people, it's the ultimate deal breaker.
We already have enough fucking morons in the Democratic Party and the grassroots and limousine liberals who still think Obama is the Second Coming. We certainly don't need another one.
1 comments

he ought to have understood, the Republicans were never going to give "equal rights" to marry, etc. If he can't stand the Democrats and their "big government" attitude perhaps a new party would be in order. he may find a few Dems joining also.
1/24/14, 3:06 PM
Post a Comment
<< Home
Contact
Home
Email:
brilliantatbreakfast at gmail dot com
RSS