Brilliant Recent Posts
It's easy to talk when you haven't been through it
God Help Us Every One
Sunday Music Blogging: Looney Tunes
The War on Christmas as seen from the Mall Capital...
And now, a holiday greeting from Popeye the cat...
Ducking the Truth: The Real American Dynasty
New York City just elected its most progressive ma...
What is This "War on Women" of Which You Speak, St...
The War on Christmas
Saturday Music Blogging


Children's Book Corner: The United States of Bubba
Posted by jurassicpork | 10:32 AM 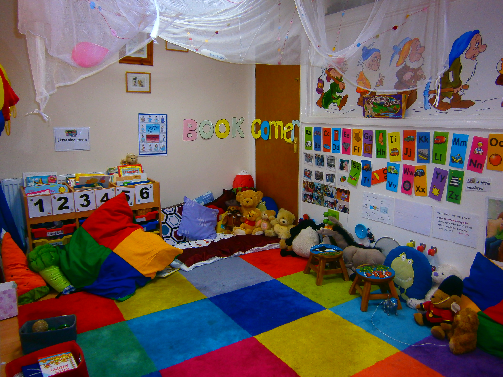 Anonymous said...
I've always thought that there should be a [legal, constitutional] way for those states that want to seceed to seceed. There always seem to be some number just itching to go! But you never see any of their Congresspersons introducing the bills that would let it happen. I suspect they fear that between those states that WANT to go and those states that WANT THEM TO GO the bill would pass and they'd be in the position of having to leave..
Of course, I'd make the requirements somewhat onerous. Have to pay for all the Federal infrastructure [airports, Interstates, parks, ...] and pay their share of the national debt [which seems to be one of the biggest reasons they want to leave in the first place!].
And there is the issue of CITIZENSHIP. Do we require that residents of the seceeding state give up American citizenship [I'd vote yes!]? Of course, afterr 10 years their passports would expire and I'd vote to not renew. But in any case, US expats living the the new nation would be just that -- expats living in a foreign nation.
I'd also require that once seceeded they must remain a separate country for 50 years. No "buyers remorse".
But then, won't happen. The states that make the most noise about secession are the ones least likely to go away because they get so much from the US.
1/16/14, 9:02 PM
Post a Comment
<< Home
Contact
Home
Email:
brilliantatbreakfast at gmail dot com
RSS