Memorial Day, 2013
Posted by jurassicpork | 10:43 AM
This is a post I'd written four years ago for Memorial Day 2009. At the time, I didn't think anything would change, certainly not under Obama, who, just as Bush had with Iraq, had his little surge in Afghanistan, an
11½ year-long boondoggle that by conspicuous relief almost makes Iraq look like the Revolutionary War.
Even moreso than avarice and racial prejudice, the one facet of humankind that has remained unaltered is our propensity for waging war on each other. When even armchair liberals at the Rand Corporation or elsewhere tell us that war is a regrettable but necessary fact of human life, they speak in purely nationalistic terms, through the prism of national security.
Let's get one thing straight: War is not a necessary part of human existence nor should it. It is ugly, destructive, unnatural. When I say this, I mean that all nations should reject war in favor of diplomacy, that we should all stop waging war on smaller, weaker countries simply because the indigenous people are standing between us and whatever we want and creating excuses such as "spreading democracy" as a risible fig leaf to rationalize those blatant rapes and pillages.
The only significant difference between the original post of 2009 and this version is that now we have to contend with drones over our own airspace. We can expect to see these James Cameron abominations over future sporting events and parades such as the ones we're now having across America. Because of a small handful of malcontents that the FBI knows about yet does nothing about until they strike, we will have to endure countless intrusions of our privacy. Our fearless leader is now asking Congress to create "kill courts", essentially Star Chambers, that'll give or so he thinks a legal fig leaf to kill whatever American citizen he likes overseas. There's only a very thin ethical membrane of separation between this and Obama or some future psychopath from asking for permission to do this over American soil.
I will never, ever back down from my assertion that in many ways, shapes and forms, Barack Obama is the worst president in American history until the aforementioned future psychopath assumes that mantle. Just as Bush had no problem with handing over cartoonishly bloated Unitary Executive powers to his Democratic successor, so Obama does not seem to mind handing over even more cartoonishly bloated Unitary Executive Powers to what could be a Republican successor.
Aside from Constitutional powers alarmingly expanded to suit the police state government at the same time its protections are contracted for the rest of us to the point where the First Amendment and many others have ceased to exist, the only other things that have remained unchanged, and will always remain unchanged, are the flag-draped coffins coming off the transports at Dover AFB in Delaware, the Memorial Day parades and the grief-distorted faces of the families and friends as those coffins are about to be lowered into the ground.
General Smedley Butler told us 80 years ago that war is a racket, designed to bloat private industry. Since at least the Civil War, it has always been a rich man's game and the poor man's bane. Eugene Debs once famously defined a bayonet as a weapon with a worker at either end.
That, too, has not changed and never will.
Some of the other people whom we'd liberated from an oppressive dictatorship as well as from their families... 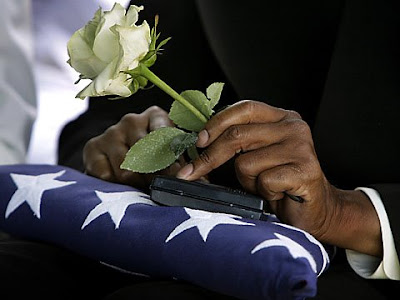 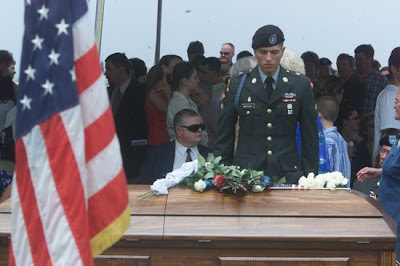 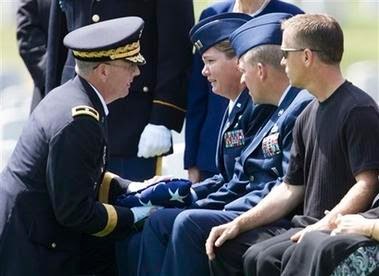 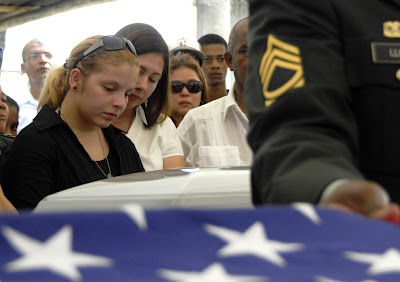 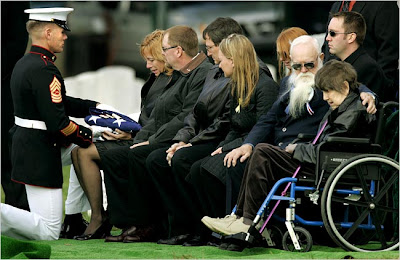 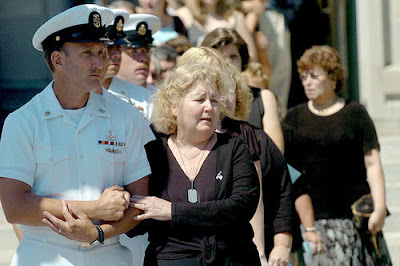 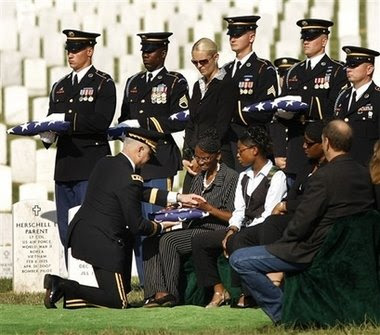 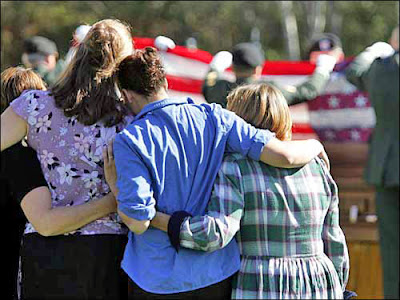 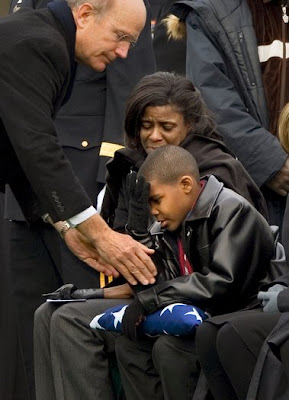 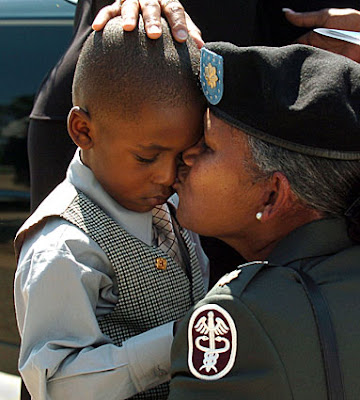 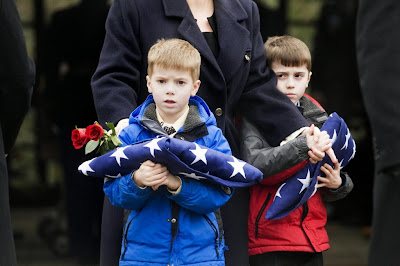 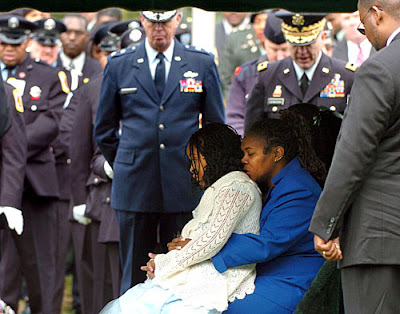 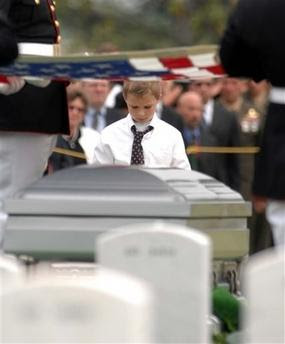 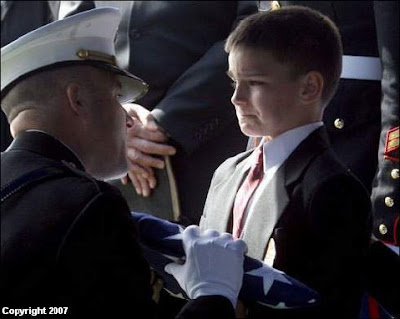 So, when will you go to the funeral of one of our war dead, Mr. President?
0 comments