Brilliant Recent Posts
Caption Contest: Xmas Edition
If it Bleeds it Leads, So Let it Bleed
A Moment of Silence For Newtown
And Something Warm To Cling To
Around the Blogroll and Elsewhere: Again and agai...
The pigeonholing of Adam Lanza
If not now, when?
In the Love Of the Common People
Chappy Chanukah
Did you ever DOUBT that the Democrats would sell u... 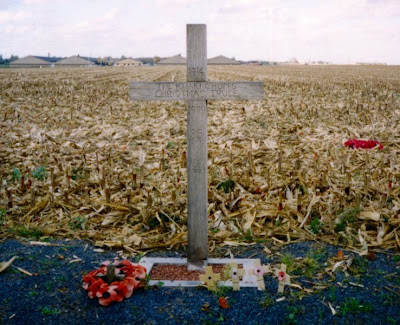 (This was a post I'd put up on Christmas Day four years ago. Out of my thousands of posts written over the last eight years, it's one of my personal favorites and I just thought it was worth reposting. Merry Christmas and happy holidays to all and may today, and every day thereafter, be marked with joy, love for your fellow man, safety and hope. While you're at it, please give a thought or two for our troops who still, amazingly, have to spend a 12th consecutive Xmas in Afghanistan instead of with their families, with at least one more to go.)
Every Christmas, ever since the invasion of Iraq, I remind myself of the moving and legendary Christmas truce between British and German forces that took place in 1914. Actually, contrary to most any other historical event, rather than being exaggerated, the truce, singular, is actually downplayed and scaled down. The cease-fire between opposing sides on Christmas Eve 1914 was more widespread and longer-lasting, even spawning at least two sequels in the two succeeding years.
The First World War was one of the most barbaric ever, the century's first global clash of nations using mechanized tools of war. Unlike previous wars, dogfights between pilots in airplanes were common and the strange spectacle of diesel-powered tanks dipping and rumbling across the cratered terrain of European battlefields had easily led people to believe that war between humans had crossed that threshhold into the inhuman.
Which is why the story of the Christmas truce between enemies during this same war is all the more remarkable. It's a still-heartening reminder that, while the technology of war had evolved, the human heart had remained constant and good will toward one's fellow man had yet to become a quaint notion.
When German soldiers were observed decorating their foxholes and barricades and overheard singing Christmas carols, the British soldiers across No Man's Land had responded in kind. Soon, soldiers approached eachother, their hands up, without permission from their officers and a truce was declared. Presents such as jam, cigars, cigarettes and so forth were exchanged. Equipment was also exchanged between sides so living conditions could be improved. The dead left out in No Man's Land were buried and mourned by both sides.
Then someone proposed playing a game of soccer. Actually, several soccer games broke out. The high command of both sides were outraged this was going on but were powerless to stop it since many of their lower field officers had happily joined in the abrupt festivities.
Similar stories began emerging that this had happened among French and Belgian forces. Perhaps photographs of loved ones were traded during the truce and whatever little communication there was between French, Belgian, English and German troops spoke of simple, common pleasures. As with the current Pope Benedict, the last, Benedict XV, had earlier that year called for an end to the bloodshed.
Contrary to popular belief, these truces lasted longer than Christmas. According to several accounts by those who were there, the truce actually lasted for the better part of a week and wouldn't resume until fresh troops would relieve the ones who'd lain down their arms.
It was a very necessary reminder to these men that whatever advances had been made in war technology, the mustard gases and ugly machines that had taken over the landscape, humans were still humans the world over and fellow Christians could still find some common ground and celebrate a common holiday, putting a world war and the unimaginable human devastation on a back burner.
It is impossible to imagine anything like that happening these days, partly because we are fighting a nebulous enemy that wears no uniforms, carries no identification cards or dog tags nor even shares our religion or celebrates our holidays.
But the differences in religion don't fully explain the new breed of barbarity we're seeing in the world today. War has gotten more impersonal than ever with longer-range weapons, faster and harder tanks and laser-guided smart bombs yet when it gets down to it, it can still get quite personal and ugly.
Maybe, as Albert Einstein said, the fourth world war will be fought with rocks and Mankind will once again be able to see the whites of eachother's eyes as they try to kill and maim eachother again. And perhaps that proximity in the absence of sophisticated war technology will better remind these future enemies that Christmas and Easter afford irresistible opportunities for them to recognize and celebrate eachothers' similarties instead of hating them for their differences.
The truces of 1914-5 were held in defiance of generals and politicians who had seen no place for the Christmas spirit in the alien desolation of the battlefields. This defiance in defense of what is fundamentally and universally human is something we're seeing all too infrequently these days and may never see again.