Brilliant Recent Posts
Lesley Gore: You don't own her
Black and White Noise
Why I Love the Internets
Separated at Birth?
Cutting off your nose to spite your face
For Sale, One Democracy, Slightly Used of Late
From Switzerland, With Love
Saturday Scumbag Blogging
I'm starting to understand why people get hospital...
Top 10 Lies Told by Mitt Romney at the 2nd Debate 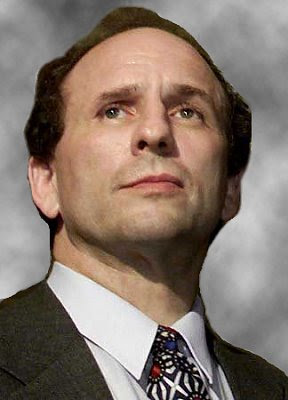 I can't believe it's been ten years since the last great progressive Senator met an untimely end in a plane crash. I will never forget where I was when I heard about the deaths of Paul and Sheila Wellstone. I was at my father's house in Florida. I'd been out for a while; perhaps at the pool, and when he told me that Paul Wellstone had been killed in a plane crash, the first words out of my mouth were "They killed him. They wanted that Senate seat that badly and they killed him."

I have not changed my mind about that one iota since then. Neither have a number of others:

Wellstone was the last of the great Great Lakes State firebrand progressives. Like Barack Obama, Wellstone started out as a community organizer and also taught political science at the college level until he was elected to the Senate in 1990. And like Obama in 2008, Wellstone owed his political career to the youthful activists, poor people, and minorities for whom he represented someone who cared about their interests. But unlike Obama, Wellstone never forgot who he was sent to Washington to represent.

When Wellstone made a mistake, he admitted it. He voted in favor of the Defense of Marriage act in 1996 and later admitted that it was a mistake. But what he didn't err on was in his opposition to both the first Gulf War under George H.W. Bush and the second one under Bush Sr.'s son.

And this endearing campaign ad from 1996 shows the kind of energetic fireplug he was:

Today is the 10th anniversary of the day his enemies rid themselves of Paul Wellstone. And there's been a gaping hole in the national fabric ever since.
0 comments