Brilliant Recent Posts
Just to Play Devil's Advocate...
Nothing to say today
Not to know him is to love him
Are You Smarter Than a 10th Grader?
I wonder how those twisty Teabagger brains are goi...
The Decade of the Locust
Jamming Down the Pedal Like He's Never
Everything You Touch You Don't Feel
Businesses I Wish I'd Started
This may not be as silly as it looks on the surface


Top 10 Reasons Why Donald Trump Bowed Out of the Presidential Race
Posted by jurassicpork | 2:23 PM 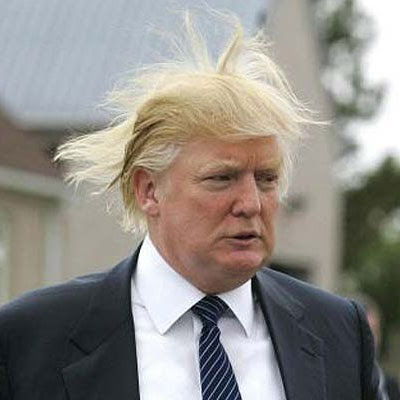 Last night on NBC, billionaire real estate mogul Donald Trump announced that he will not be seeking the Republican nomination for president next year. While maintaining he could easily win the nomination and the general election, Mr. Trump stated he was not ready to leave the private sector. But his statement provided other reasons for not running. What were they?

Phil said...
His hair is magnetic and he couldn't decide which way was East.
5/17/11, 1:13 AM
Post a Comment
<< Home
Contact
Home
Email:
brilliantatbreakfast at gmail dot com
RSS