Brilliant Recent Posts
Nothing to say today
Not to know him is to love him
Are You Smarter Than a 10th Grader?
I wonder how those twisty Teabagger brains are goi...
The Decade of the Locust
Jamming Down the Pedal Like He's Never
Everything You Touch You Don't Feel
Businesses I Wish I'd Started
This may not be as silly as it looks on the surface
Chuck Schumer needs to just STFU 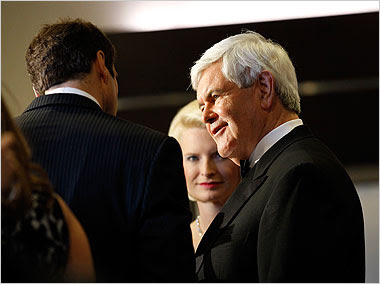 It's been said many times before that media saturation in the 20th and 21st centuries puts a politician or political candidate's personal life under a microscope. With television in the mid-20th century and the rise of the internet these past 20 years, a public figure's personal life now is grist for the mill of public opinion, a grist mill that historical political figures perhaps wouldn't have survived.

For instance, suppose television and the internet had been around in the 19th century. Suppose these twin juggernauts had given us a presidential candidate who'd never been to college, was reputed to have suffered from depression and had bankrupted a business. That plus his ungainly appearance and high, squeaky voice would've all but guaranteed that Abraham Lincoln never would've been elected as our 16th president. Yet all historical scholars agree that Lincoln was perhaps the only man who could've kept the nation together during and after the Civil War. If anyone else had been elected president in 1860, the United States would be a radically different country (or two).

It's also been said that public opinion is almost always in the wrong. And media saturation and manipulation makes public opinion even more susceptible of being misled than ever before. While effecting the illusion that an intrusive 24/7 news cycle makes us closer and chummier as a nation, it also insulates us from politicians and candidates who are essentially chosen and rejected despite our wishes and whose carefully-chosen words are spoon-fed to us in what are known as "sound bites."

Opinions and the right to express them regardless of political ideology is a cherished American right granted to us by the First Amendment but in the present day and age where we're no longer restricted to three networks, the endless opinions of endless talking heads can. understandably, bewilder an already bewildered and apathetic electorate. A political platform during an election year is instead a microscope slide, with the microscope being the electronic media. We the people take turns looking through the eyepiece and see different things.

So the question becomes an increasingly relevant one: Should a presidential candidate's life pass a public litmus test in order to be suited for the highest elected office in the land?

The jury is still out on President Bill Clinton's ultimate place in history. Yet, if you were to ask 100 conservatives and 100 liberals as to whether his own moral turpitude should've gotten him thrown out of office 13 years ago, your answers will likely be along party lines. The same proportions would no doubt be reiterated were you to ask those same 100 conservatives and liberals whether or not the 42nd president should've been impeached for lying to a grand jury.

But one ought to also keep in mind the hypocrisy of the right wing in spending tens of millions of taxpayer dollars in assembling a grand jury and investigating a presidency over what amounts to a blow job. And one also ought to keep in mind the chief force behind that impeachment, Newt Gingrich, the soon-to-be-disgraced Speaker of the House who was secretly conducting his own extra-marital affair with a staffer who was even younger than Monica Lewinsky. Plus, at the time of President Clinton's infidelity, First Lady Hillary Clinton wasn't in a hospital bed recuperating from cancer surgery.

Yet how much should our moral belief system be allowed to inform and make our decisions regarding the fitness of certain presidential candidates and incumbents? We on the left and many in the center who decry the government legislating morality from the wells of the House and Senate as well as from the Oval Office hypocritically have no problem whatsoever in using that same morality rubric when deciding who our next president will be.

Otherwise, if we do not allow our moral belief systems and religious mores to inform us during an election, then we must look beyond the candidate's personal life and look to his/her prior statements and review their positions, which is also a slippery slope to 55-60% of an electorate that chooses to stay home every election day.

Outwardly, if we're to use a superficial rubric such as family and the stability it promises, George W. Bush would've been a far more appealing candidate than William Jefferson Clinton were the two men to run against each other. Clinton came from a broken home and spent much of his childhood hovering right around the poverty line. His estranged father was a used car salesman. He also dodged the draft. Hardly what one would call a presidential upbringing, if there is any such a thing.

George W. Bush, on the other hand, was the scion of a powerful political family, with a Senator for a grandfather, a former CIA Director, vice president and president for a father, a sober and religious man blessed with a beautiful family consisting of an educated wife and lovely twin daughters, a successful businessman, a military veteran and, like Clinton, a state governor. And, best of all, not a hint of marital infidelity.

At least that's what the media insisted on showing us. When Dan Rather tried to puncture the military palimpsest that had been wallpapered over Bush's real Texas Air National Guard past, he was forced out of the business. When John Kerry, a real war hero, ran against the sober, God-fearing military man from Texas, the media gave Kerry's detractors much, much time and got just enough of us to believe that perhaps Bush was the real deal and Kerry was the fraud. It was the political version of OJ Simpson all over again.

Otherwise, if we the people had allowed our own native moral belief systems to make a more informed choice in both 2000 and 2004, the world and our nation would be radically different today.

So what place should our own mores have on who ought to be President or not? Should it have a place in the electorate's decision-making process or not? Should we let Christian virtues color our perception of a candidate or should our focus be on more secular matters? And is it even possible for any of us to make such a distinction?

Only one answer is for sure: Men like Dominique Strauss-Kahn rarely make it easy for us to decide whether or not he's fit for the highest office in the land but Strauss-Kahn proves that we need to set some moral parameters. If we had, perhaps we wouldn't be too mired in two unwinnable wars with the incumbent afraid to pull out and look weak against terrorism, an incumbent who gratefully accepted the neofascist infrastructure left to him by his sober, God-fearing predecessor.
0 comments