Brilliant Recent Posts
Now this is just mean.
If you've had a suspicion that the right wants to ...
Comment rules
Blogrolling In Our Time
I think we're going to need a bigger boat
A post that will interest only about ten people in...
And now we return you to our regularly scheduled p...
The Comedy of Terrors
Osama bin Laden succeeded beyond his wildest dreams
The Latest From Alan Grayson


Bin Laden Was a Liberal
Posted by jurassicpork | 1:18 PM 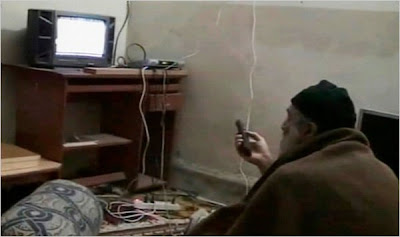 .oO By the beard of the Prophet, 110 channels and there's nothing on! Oo.
From this morning's New York Times:

In October, when American intelligence was close on the trail of the courier and spy satellites were taking detailed photographs of the house, Bin Laden issued two audio statements urging help for victims of floods in Pakistan. “We are in need of a big change in the method of relief work because the number of victims is great due to climate changes in modern times,” he said.

In 2007, he complained that Democratic control of Congress had not ended the war in Iraq, a fact he attributed to the pernicious influence of “big corporations.” In other messages he commented on the writings of Noam Chomsky, the leftist professor at M.I.T., and praised former President Jimmy Carter’s book supporting Palestinian rights.

I can only imagine what Breitbart and Malkin and their odious ilk are going to make of this the minute they can find someone to read those paragraphs to them. But their predictable response is not what I'm here to talk about.

I've said it before and I'll say it again: The raid on the bin Laden compound in Abbottabad was a sloppy clusterfuck from the beginning, something out of a Charlie Sheen parody as written by Woody Allen. The air was too thin for the helicopter to get over the wall and they had to drop the chopper on the other side. The air, to their apparent surprise, was still too thin after the raid for it to take off and they then had to destroy a (possibly experimental) multimillion dollar aircraft so it wouldn't fall into al Qaeda's hands.

40 Navy SEALs and CIA operators then burst into the compound with different rules of engagement. Despite piously claiming they would take bin Laden alive unless he resisted, they apparently thought that his wife rushing them and having to shoot her in the leg constituted resistance and they blew his head off despite him being unarmed and within arm's reach of no weapons.

Then the operators let Pakistani officials, the very same people we didn't trust enough to warn ahead of time about the raid, into the compound so they could take pictures of bin Laden and the bodies of the other four people killed in the raid. Then the Obama administration, which was totally responsible for creating and implementing the policy of the raid and its aftermath, the same Obama administration that was watching this whole thing unfold live on CCTV, is now struggling to justify suppressing the photographs they let Pakistani officials take. Horses, barn doors and all that.

To make matters worse, the Obama administration, which has officially declared waterboarding and other forms of enhanced interrogation as torture, is quietly and eerily OK with us using those very same methods to extract the HUMINT (human intelligence) used to track down and kill bin Laden, a man who, like so many of our fathers, fled to the 'burbs and instead of helping with the chores, spent hours in front of a TV with a remote in his hand. 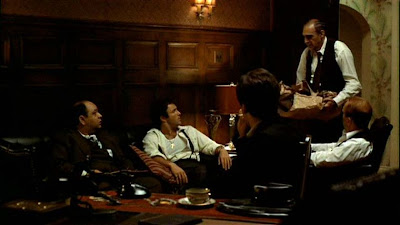 Then, to make this seem even (no pun intended) fishier, hours after the raid, the new day begins like an episode of the fucking Sopranos or a scene out of The Godfather, with bin Laden's body getting dumped in the drink.

So, really, despite the chutzpah of the right wing that's now suddenly demanding forensic proof after not seemingly needing any in the run-up to war with Iraq, I can't blame my brothers and sisters on the other side of the Great Ideological Divide for being a wee bit cynical about bin Laden's assassination and for calling us on our own hypocrisy.

We liberals who fail to see the violations of international law and the sloppiness of this raid are hypocrites if we claim moral superiority because this happened on a Democratic president's watch. We seem to be perfectly at ease over the fact that torture was used to extract this information, that we violated a sovereign nation (and a still-official ally on the war on terror) and God knows how many international laws to do something that the Bush administration could've and should've done nearly a decade ago (and, to be fair, something the Clinton administration also failed to do 15 years ago).

Should we give George W. Bush credit for bin Laden's assassination? Fuck no, not a single bit, no matter how much he whines about being left out of Obama's and America's victory lap at Ground Zero. But we're giving far too much credit to the Navy SEALs and the CIA for killing a lonely, unarmed, middle-aged man reduced to channel surfing in a dirty blanket and who had a skeleton crew of guards that were outnumbered 8-1.

It comes off looking like a mob hit or an urban drug raid gone bad, with the Obama administration telling us to "Trust us" despite the narrative changing practically by the hour. The SEALs fucked up, the CIA fucked up, the Obama administration fucked up and liberals are fucking up by signing off on this extrajudicial assassination that could easily happen in America's streets since JSOC is exempt from posse comitatus (thank you, Bill Clinton, for PDD-25).

And, uh, by the way, Barry, al Qaeda is still promising revenge on America whether or not the pictures come out. 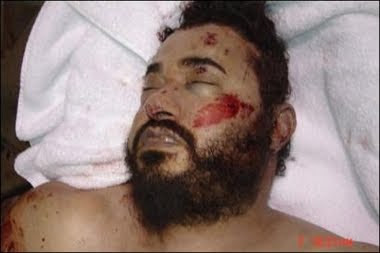 And when we killed al Zarqawi for the second and final time in Iraq, the Bush administration had no problem publishing several different photos of his cadaver. 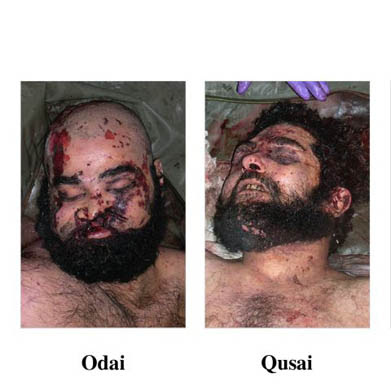 When Marines killed two of Saddam's sons, the Bush administration had no problem publishing several pictures of their bodies.

Was the Bush administration full of gangsters and war criminals? Fucking duh. Invading Iraq and, to a point, Afghanistan, merely gave bin Laden credibility and new breath to an already resurgent al Qaeda network. But in the superficial public eye, the Bush administration comes off as looking like it has much bigger cajones than the Obama administration because they at least showed the world the proof of what was done with our tax dollars and in our good name.

If the Bush administration was a criminal syndicate, at least they were in your face about it. The Obama administration, by conspicuous relief, comes off looking like a bunch of wimps, little boys who throw rocks through windows and leaving flaming bags of dog shit on stoops before running away, unable and unwilling to face the consequences of its actions.

I was initially skeptical about bin Laden's death. But al Qaeda all but confirmed it by vowing vengeance on America. One of bin Laden's three wives sealed it for me when she identified his body. I believe bin Laden's fish food not because Barack Obama is saying it's so but because a terrorist network and its sympathizers are saying it's so.

And that's what I deplore most of all: That I have to go to al Qaeda to get the truth because I cannot trust my own government.
4 comments

Unknown said...
Jeez Louise. Are you a firebagger too?

Anonymous said...
Some information was obtained from Gitmo detainees (or a detainee), but the Administration did NOT say it was obtained through torture - the Republicans are drawing the inference and using it as justification for torture. Other blogs have commented on the timeline of when torture was supposedly stopped and the fact that actionable intelligence regarding bin Laden, if any, obtained using torture was not acted upon by the Bush Administration. (Which, in fact, disbanded the unit searching for bin Laden.)

In short, it appears likely that the useful information was obtained using non-torture interrogation techniques.

P.S. I am no fan of the Obama Administration, which is just Bush-lite as far as I am concerned.

P.P.S. The other choppers had no problems flying, so the bit about thin air seems a little far-fetched. The compound was right next to a military base which undoubtedly also used choppers.
5/9/11, 6:47 AM

Anonymous said...
This whole thing looks like a "witness protection" project gone wrong to me.

It's just a teensy bit incredible that Bin Laden could have been 80 miles from Islamabad, holed up in a McMansion -- surrounded by secuirty screens -- for so many years without someone knowing about it.

Consider the possibility that the "double-tap to the head" was for the traditional reason: Keep a snitch from talking. About what? Well if all that counter-terrorism intel of the last half decade wasn't coming from water-boarding; who was the canary?
5/9/11, 9:16 AM

jurassicpork said...
Tell me where I was wrong or where this is nonsense. Or do you insist on ignoring the facts I've presented?
5/9/11, 4:06 PM
Post a Comment
<< Home
Contact
Home
Email:
brilliantatbreakfast at gmail dot com
RSS