Brilliant Recent Posts
The Republican answer to everything: Cut Taxes an...
"I Don’t Even Consider Myself Wealthy."
OK, enough with the gravitas, class and decency
I wonder if people in towns hit by tornadoes still...
Blogrolling In Our Time
Breitbart's Empty Box
A journey through the fetid swamp of women-hatred
You Haven't Come as Far as You Think
The coolest Davy Jones memorial in the world
Friday Music Blogging: Marc Maron learns to be a ...


Speed Dating With Willard
Posted by jurassicpork | 11:05 AM 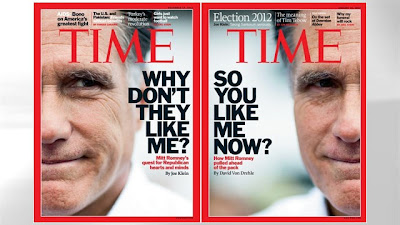 The match-making Gray Lady isn't wooed, yet, and likely never will be.

Last night, Willard Romney hoped to reap the rewards of his serial speed dating from coast to coast in last night's Super Tuesday and found himself far short of the pussy and phone numbers he'd hoped to put in his little black book.

In Vermont, Idaho and Alaska, Romney scored and got some solid loving from three states with a combined total of 76 delegates. He won a two horse race in Virginia and beat an aging Ron Paul because rival suitors Rick Santorum and homie Newt Gingrich were too unpopular to even qualify for the ballot. Romney also took Massachusetts because, well, he's the former Governor, stuck in the closet and a little stiff after 5 years but still vaguely comfortable.

But in Ohio, with its 66 delegates, the people weren't so willing to open up the front door to Willard and thought Pope Ricky understood their problems better. Helping Willard immensely is getting all the pussy even if they can't stand the sight of him because, with two exceptions, it's Winner Take All. They have to fuck Willard whether they like it or not. It's not very democratic but even bad sex is good, right?

But there's something about Willard and that's the reason why, after all this speed dating, he still has only a little over a third of the pussy he needs to be Big Man on Campus. Ricky Retardo, his Catholic biggest competitor, keeps stepping all over his action when he's trying to work. Ron Paul, his unofficial chaperone, is also throwing a wet blanket on his pussy hunt and Newt keeps throwing that gambling money around like it's going out of style.

And Mitt is so... executive. He's out of work and tries to parley that in some pathetic attempt to achieve empathy but he's not like that out of work cousin or uncle you have who just got his unemployment cut and can't get public assistance until he gives up what little he has. Willard is comfortably retired and smells like a bank vault after a delivery from the mint.

He does Power Point presentations during the wining and dining and blinds you with his laser and the glare of his piano teeth. During the act of love, he refuses to take off his tie except for effect and his monocle keeps dropping into your mouth. Even though he shows up for his dates in a white stretch limo longer than a city block, you still feel like he's strapping you on the roof lest the scent of your economic strata rubs off on him. A relationship feels more like a merger or hostile takeover and his semen is lukewarm at best against the roof of your mouth. When he cums, he mutters stock prices and pork belly futures.

He tells you that corporations deserve some love and respect, too, and never seems to say the same thing twice. He's married. He's divorced. He has a 5 inch cock, he has a 10 inch cock. He's for having kids. He hates kids. You never know what to believe.

And you excuse yourselves and go to the bathroom, silently retching at the vinyl vampiricism that he exudes, at the coldly calculating way he tries to get you to believe that he feels your pain so he can put another notch in the post of his mahogany four poster back at any of his ten mansions. You look at the window in the bathroom, wondering if you should do the gutsy thing and walk back out just to get the nigger out of your house before he lowers your property values or, more undignified, climbing through the toilet window and hoping that Ricky, Newt or Ronnie will be waiting in the back alley with a warm car and a few kind words.
0 comments