Brilliant Recent Posts
Beyond Petroleum my ass
Why am I not surprised....
What You Can Do
How's that oiley drilley thing workin' out for ya,...
A refresher course in How They Do It
Around the Blogroll and Elsewhere: Special Life i...
Tourre's Syndrome
Joe's Gulag
Arizona 2010 = Florida 2000?
A Song That Was A Hit Before 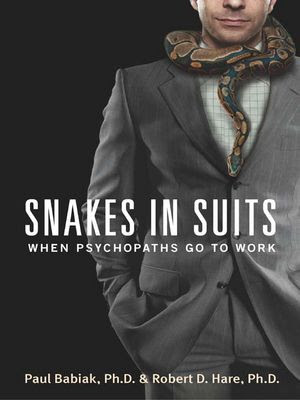 From the sociopaths on Wall Street who brought you the Great Depression, the subprime crisis and Bernie Madoff, according to the The Reformed Broker, comes this email, quoted in full:

We are Wall Street. It's our job to make money. Whether it's a commodity, stock, bond, or some hypothetical piece of fake paper, it doesn't matter. We would trade baseball cards if it were profitable. I didn't hear America complaining when the market was roaring to 14,000 and everyone's 401k doubled every 3 years. Just like gambling, its not a problem until you lose. I've never heard of anyone going to Gamblers Anonymous because they won too much in Vegas.

Well now the market crapped out, & even though it has come back somewhat, the government and the average Joes are still looking for a scapegoat. God knows there has to be one for everything. Well, here we are.

Go ahead and continue to take us down, but you're only going to hurt yourselves. What's going to happen when we can't find jobs on the Street anymore? Guess what: We're going to take yours. We get up at 5am & work till 10pm or later. We're used to not getting up to pee when we have a position. We don't take an hour or more for a lunch break. We don't demand a union. We don't retire at 50 with a pension. We eat what we kill, and when the only thing left to eat is on your dinner plates, we'll eat that.

For years teachers and other unionized labor have had us fooled. We were too busy working to notice. Do you really think that we are incapable of teaching 3rd graders and doing landscaping? We're going to take your cushy jobs with tenure and 4 months off a year and whine just like you that we are so-o-o-o underpaid for building the youth of America. Say goodbye to your overtime and double time and a half. I'll be hitting grounders to the high school baseball team for $5k extra a summer, thank you very much.

So now that we're going to be making $85k a year without upside, Joe Mainstreet is going to have his revenge, right? Wrong! Guess what: we're going to stop buying the new 80k car, we aren't going to leave the 35 percent tip at our business dinners anymore. No more free rides on our backs. We're going to landscape our own back yards, wash our cars with a garden hose in our driveways. Our money was your money. You spent it. When our money dries up, so does yours.

The difference is, you lived off of it, we rejoiced in it. The Obama administration and the Democratic National Committee might get their way and knock us off the top of the pyramid, but it's really going to hurt like hell for them when our fat a**es land directly on the middle class of America and knock them to the bottom.

We aren't dinosaurs. We are smarter and more vicious than that, and we are going to survive. The question is, now that Obama & his administration are making Joe Mainstreet our food supply…will he? and will they?

The only thing that surprises me is why we're waiting until now to revile and loathe Wall Street as much as we are. It's not as if we didn't know this glorified back alley was full of de-feathered condors such as the one who wrote and distributed this email, perhaps as a reaction to the union rally yesterday.

What I read between the lines is fear and loathing of the working class, the words of a parasite that for years had enjoyed a symbiotic relationship with a host and now is faced with the prospect of dying through disengagement with a pair of tweezers, a Bic lighter and a waiting toilet.

"Kill me, we both die. Get me fired, I'll take your job. If my wife leaves me, I'll move in and fuck your wife." 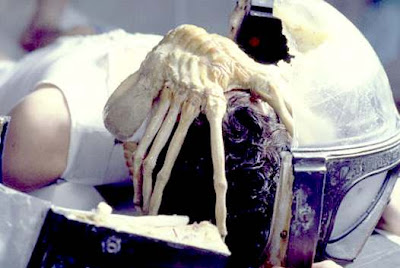 You know, kind of like the second stage of the aliens in the Alien series that wraps its tentacle around your throat, inserts the egg into your chest but keeps you alive by feeding you oxygen long enough to spawn its young.

What this sociopath doesn't realize is that when a gambler loses at the gaming tables, they generally lose only their own money. When Wall Street gambles and loses, we all lose and they get to keep their six and seven figure a year jobs. And when they win, as Goldman Sachs and Magnatar proved, we the people lose even bigger while they get outrageous bonuses.

These are the people who are bundling securities such as your mortgage, life insurance, anything they can turn into a cash cow and have actually found a way through some federally-sanctioned alchemy to actually make billions even when these securities go belly up.

If there really is a God, He can make a believer out of me by rooting out this shaved jackal and impaling him by his ass on the horns of the bull on Wall Street to be spat on by the homeless and destitute they helped create.

By the way, what's a pension? And who in the working class gets to retire at 50?
6 comments

Scribble A Day said...
A pension is what public sector employees are supposed to get but the money isn't in the pot to pay it because the states have over promised and underfunded. So the state is going to have to raise my taxes or cut services in order to make those pension payments, while I keep working in the private sector until I'm at least 70 (to draw maximum SS) (and will probably have to work part time until I die) and hope that there's something in the SS pool for me to draw on.
I, for one, was never happy when the stock market was roaring along. I never trusted it, and deeply resented the forces in play that made plain old savings accounts not worth the paper it took to print monthly statements.
5/1/10, 8:30 AM

Anonymous said...
I wonder if Mr. Wall Street has noticed the paucity of predators of the four-legged variety in the wild. Wolves, Mountain Lions, and other large predators must be protected by law in order to prevent their extinction. In our society, Joe Mainstreet has a tendency to KILL predators in order to defend his family and property. Does Mr. Wall Street believe that the government will declare bankers an endangered species?
5/1/10, 9:53 AM

Anonymous said...
In response to SeDress, above, you have already fallen into the trap that the Wall Streeters have designed for the working class: you're tearing down your fellow workers instead of focusing your anger on the people who are actually screwing things up. It isn't the public sector employee with a pension who is screwing up the system. Those people, much like most union workers, have traded a portion of their present-day salary in exchange for a promise of a pension when they retire. Most public-sector jobs pay considerably less than their private-sector counterparts, but provide other benefits such as a pension when they retire. Unfortunately, the geniuses on Wall Street have marketed their financial sleight of hand to State and local governments and convinced them that if they just buy what Wall Street is selling, they don't actually have to fund those future obligations in full -- instead, their expected investment returns will make up any shortfall. So instead of funding those future obligations today, the issue is passed off to future taxpayers as a much larger obligation. And when the inevitable taxpayer revolt happens, Wall Street has long since cashed its checks for its "services," and either the public-sector employee pays the price by having his/her pension slashed, or the taxpayer pays the price by having his/her taxes raised, or some combination of the two. But instead of focusing on the problem (i.e. the greedy Wall Street sociopaths who bleed the system with their useless and predatory "services"), the taxpayer instead focuses on the "undeserving" public-sector employees who are expecting to be paid the pensions that they were promised in exchange for performing lower paying jobs in public service. Instead of envying those who have pensions, we should all demand some kind of reasonable pension instead of relying on gambling a 401K in the rigged casino of the stock market. But that's just my two cents.
5/1/10, 5:33 PM

Anonymous said...
This sociopathic predator should be grateful that he and his fellow parasites' heads have not (yet) been impaled on spikes and suspended from the street lights lights of Main Street America. That he is willing to work long hours in what is essentially a criminal enterprise is something he should reconsider boasting about, because what he is doing is offering up a confession of his guilt and complicity.

Personally, I wouldn't bet a plugged nickel on this asshole reaching his next birthday.
5/1/10, 9:49 PM

Lotus said...
Do you really think that we are incapable of teaching 3rd graders and doing landscaping?

B said...
These are the human/animal hybrids that President George (the Third) warned us about. Half man and half hyena, they live by hijacking and scavenging from the labor of others.
5/3/10, 8:39 AM
Post a Comment
<< Home
Contact
Home
Email:
brilliantatbreakfast at gmail dot com
RSS