Brilliant Recent Posts
Sweet Jesus, I Hate America, Part II
Countdown to "Mad Men": Spotlight on Race
Of course he used a racial slur!
First They Came After Our Papers...
Tim Tebow is NOT Jeremy Lin
And so the Republican line of succession continues...
Blogrolling In Our Time
What a long, strange trip it's been
Meanwhile, back in racist Amerikkka...
No. Just. No.


Countdown to Mad Men: Popular Culture, Music Edition
Posted by Jill | 7:53 PM
I don't know what other parents were like in the 1960's, but for all that I always felt that my parents had really wanted to be beatniks but were born just a few years too early, my mother, at least, thought the Beatles were practically a sign of the apocalypse. So for me, Don Draper getting his daughter Sally tickets to see the Beatles at Shea Stadium in Season 4 just didn't quite ring true. There's just no way Don is that cool.

What I'm hearing now is that the Mad Men time jump will be to 1966, which means that Sally Draper will be 11 or 12 (I was 11) and if she's anything like I was (and God, I hope for the character's sake that she's not), she'll be fascinated by the new face of British Invasion fashion: 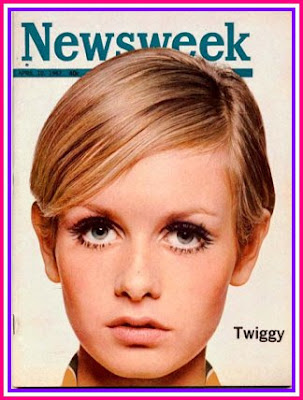 Music and television will become even more important for Sally this season. She'll come home from school and watch Where the Action Is, filmed in Southern California, where she'll see all the popular recording acts of the day, and for some strange reason, these guys:

She'll have a crush on Mark Lindsay, lead singer of the show's house band Paul Revere and the Raiders, who dressed up in the kind of costumes you now see on teabaggers at Joe the Plumber rallies.

In the evening she'll watch Hullabaloo:

...and Shindig!, where even white kids from the suburbs caught the beat of Donald "Duck" Dunn's (Yes, THAT Donald "Duck" Dunn of Blues Brothers fame) bass line in Green Onions --a tune sadly now used to sell Depends, which given what Sally's dad does for a living is kind of funny:

And of COURSE she'll also watch this obscure little program:

Roger Sterling may have given Lucky Strike's Lee Garner Jr. a Polaroid Land camera in happier days, but by 1966, Don could buy Sally a Polaroid Swinger for a mere $19.95 (Ali McGraw not included):

And that's just what she'll see on the television networks that are all you got in 1966....if she's lucky. Because somehow I think that Mom Betty and stepdad Henry, who's even older and less cool, are not going to like all this one little bit.

Anonymous said...
Forget AD, BC, or BCE. Time should be divided into two eras - before the miniskirt and after.
4/5/12, 4:05 PM
Post a Comment
<< Home
Contact
Home
Email:
brilliantatbreakfast at gmail dot com
RSS