Brilliant Recent Posts
Are we at "We suck, but we suck a LOT less" yet?
We'll see if the IOKIYAR rule applies here
Buh-Bayh!!
While the Republicans want everyone to work until ...
Caption this photo
"A Nation of Shopkeepers."
Everything old is new again
I want to be a producer....
Karl Rove is a wuss
So....will this just be live versions of the shows... 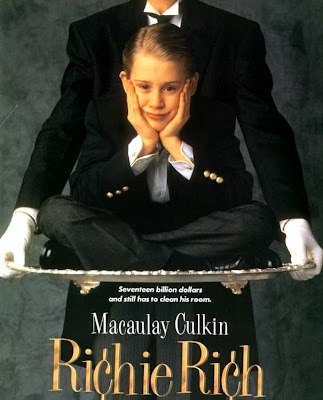 (By American Zen’s Mike Flannigan, on loan from Ari.)

Democrats, just congenitally, tend … to see the glass as half empty. (Laughter.) If we get an historic health care bill passed — oh, well, the public option wasn’t there. If you get the financial reform bill passed — then, well, I don’t know about this particularly derivatives rule, I’m not sure that I’m satisfied with that. And gosh, we haven’t yet brought about world peace… (laughter.) I thought that was going to happen quicker. (Laughter.) You know who you are. (Laughter.) We have had the most productive, progressive legislative session in at least a generation. - Barack Obama at a $30,000 a plate DNC fundraiser, September 16, 2010

Perhaps Obama’s still deeply reading the words of his improbable hero Abe Lincoln to the point where he’s living a Lincolnesque paraphrase. Because when it came to the health care bill and so many other “reforms”, it was obvious that Barack “The Bitch of Wall Street” Obama was obsessed with pleasing all of the special interests all of the time.

Perhaps, also, the Obama/Wall Street administration is completely blind to irony. Or perhaps it’s likelier they’re going out of their way to find it, to manufacture it, even, so they can jab a thumb all the way to the first knuckle into the collective eye of liberal America.

Because what other conclusion can one arrive at when we see our President, one who’d cheerfully walked on our backs all the way to the Rose Garden to join the rest of the pricks, at a $30,000 a plate DNC fundraiser at a gated Connecticut mansion owned by a guy named (Jesus, you just can’t make this shit up) Rich Richman? As if that wasn’t bad enough, Obama said in his speech that critics of his criminally co-opted HMO/Big Pharma Welfare bill are just “pessimists” who see the glass as “half-empty.” (I guess we should see the glass as half full like eternal optimist Dick Cheney.)

Jane says, “The people in Connecticut who couldn’t afford $30,000 to attend an event that raised $1 million for the DNC might not see it that way.”

Those of us with political PTSD who can remember further back than NFL Opening Day will recall George W. Bush a decade ago in white tie and tails and looking like a brain-damaged emperor penguin saying at a similar fundraiser of the “haves and have mores”, “Some people call you the elite. I call you my base.”

The link that Jane Hamsher provides is to an article that said Connecticut “regulators” have allowed price increases by as much as 21%, price changes they wanted to put in effect in a little over a week… weeks before inundating the same “regulatory” agency with another tsunami of rate increases for 2011.

Jane also makes a timely mention of the fact that Obama had the bad taste to attend this swanky fundraiser of his own elite base the day after the Census Bureau announced that about 44,000,000 Americans are living below the poverty line and partly because some of them are losing their homes and filing for bankruptcy partly because of rapacious HMO’s and the lenders that have vastly benefited from Obama’s “reforms” in the last “productive, progressive legislative session in at least a generation.” (What's he's not saying, as if it isn't self-evident, is for whom this legislation is productive.)

Precious few of us (I number myself among the truthy elite) warned that if ObamaCare, as it’s come to be called, was passed it would be merely a macro-sized version of the health care “reform” Mitt Romney signed into law just before scuttling back into the corporate/political sector. When the Massachusetts health care bill went into effect, it took merely days for HMOs in the Bay State to jack up weekly premiums by as much as 75%. MassHealth, which used to be for the indigent on welfare, was suddenly co-opted by six of the state’s largest health care deniers and a person in their 50’s now cannot even get a quote for less than $80 a week.

Of course, that was the idea all along. This was the reason Obama laughed off a public option after championing one on the campaign trial. This was the reason why the even better universal single payer system was never even on the table and was made to look like a liberally radical and unpragmatic idea. That would’ve meant that HMO’s would’ve actually had to compete in the open market fairly and squarely with co-ops.

Socialist? Hardly. It’s more fascist than it is Socialist or Communist because two major industries have thus far benefited from the HCR far, far more than your average policy holder. Now, we’re all mandated to carry insurance under the very real threat of huge fines and up to five years in prison.

And in singling out Democrats (read: liberals who could read through the charade that was the HCR), it’s official that Obama wasn’t taking swipes at the Tea Baggers or the Republicans who have relentlessly and ignorantly demonized him for the wrong reasons over the HCR and are clamboring to repeal it for its tepid "reforms" but his liberal base who invested millions of dollars and millions of man hours to get this “agent of hope and change” elected.

When one adds up all the swipes Obama’s taken at liberals and progressives and Democrats not to mention the unions, one gets more than an uneasy sense that the Anointed One loathes those on the “professional left” perhaps even moreso than the lunatics who insist on holding up misspelled, racist signs, insist he’s a Communist, a Socialist, a Muslim, a terrorist, and a native Kenyan illegally occupying the Oval Office.

That means we’ve struck a nerve and you can’t do that unless you speak truth to power. Obama and Biden keep giving the Tea Baggers a free pass even while they call for Obama’s lynching and/or impeachment but we’re taking one potshot after another even while they make us indentured servants of the corporatocracy, are prepared to allow our Medicare to be gutted and our Social Security to be gambled away on the craps table of Wall Street, to be parted out and bundled like other assets.

If the DNC fundraiser, in which Democrats and liberals were literally laughed at by Barack Obama and his elite base of Haves and Have More, isn’t a ready-made campaign spot for a 2012 Democratic presidential candidate, I don’t know what is.
1 comments