Brilliant Recent Posts
Dispatch from the "Holy Shit!" file
Because Barack Obama fell in love with Wall Street
The Redemption of Robert Byrd
Well, if the media persist in calling Sarah Palin ...
Cross Australia off the list
And the U.S. government makes policy on this assum...
Am I a bad person because I thought this was funny?
Bobby Jindal is a fucking liar
Don't Worry, America...
How the hell did this happen????


Pssst, Mr. President, You're Building the Wrong Nation
Posted by jurassicpork | 10:37 AM 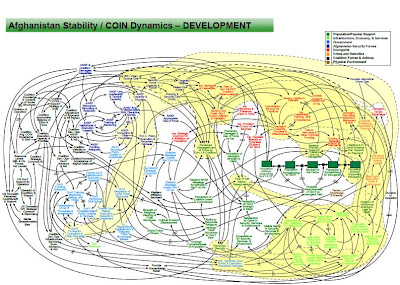 Maybe we should all move to Afghanistan. At least that's one country Obama is interested in rebuilding.

Bob Herbert of the NY Times reminds us in his usual understated way of the failings of the Obama administration. And with so much that's wrong with our country, with so much at risk, perhaps it would behoove us to be querulous and see the glass as half empty. It's getting more and more tempting to resurrect that old HW Bush bumper sticker and whisper it in the current President's ear from time to time: "It's the economy, stupid!"

An even guiltier pleasure is to appropriate for our own means and our own reasons Sarah Palin's sing-songy, head cheerleader bitch-like, "How's that hopey, changie thing working out fer ya?" Indeed, when one remembers how Obama got elected in November 2008, on a platform that was entirely supported on a mantra of hope and change, it's hard to see where the change is (and, please, no cheap and obvious puns about pocket change).

When one recalls that Obama had based his sartorial and initially quixotic presidential campaign as an antidote to the preceding eight years that were the most ruinous in living memory and at the lack of change that's actually taken place in the first 17+ months of his presidency, one sees yet another political opportunist, a man who saw his small window of opportunity and dove through it with the adroitness of an acrobat.

But one has to squint harder than a nerd at an optometrist's office to see where the change is. The health care reform bill, on which the Obama administration had foolishly staked much of its domestic policy capital, is a massive giveaway to the HMO's and Big Pharma. The other major domestic "accomplishment", the financial "reform" bill, is another massive giveaway that refuses to close some very lucrative loopholes for the banks that helped get us into this economic quagmire.

Meanwhile, a jobs creation bill has been hijacked in Congress under the tyranny of the minority Republican Party, and there's fading hope of Congress, before its summer recess at the end of the week, voting on much less passing a standalone bill that will extend unemployment benefits to the unemployed until the end of November 2010.

But the only time the President is moved to tell Congress to get off its ass is when he wants another insider or crony installed or to pass another massive corporate welfare bill. No such exhortations are heard from the conditionally hands-off executive branch when it comes to job creation or extending UI and COBRA benefits.

Corporations setting up their shingles abroad and taking all the manufacturing jobs with them are still given huge tax subsidies and breaks, 67% of our corporations pay no income tax at all and murderous corporations like Blackwater and BP are being given one free pass and huge contract after another while people are being displaced from their homes at the rate of 2.5 million a year. The unemployment rate is holding steady at double digits with no signs of going down soon and the debt ceiling has been raised higher than Bristol Palin's ankles.

When Obama warned us in his inaugural address that our nation's recovery would depend upon shared sacrifice, many Americans who weren't blinded by tea bags dangling from the brims of their Stetsons and ballcaps were willing to do whatever it took and to stand behind our bright, shiny new President, this velvety avatar of change.

Instead, less than a year and a half in, the only shared sacrifice is one collectively shared by working class proles. Corporations and the executives who run them haven't had to sacrifice anything. BP, a foreign oil company, didn't even have to sacrifice even the minimal time it would have taken to write environmental impact statements or even an oil spill plan that wouldn't be widely ridiculed on the internet. The second round of corporate bailouts is owned by Obama, which is to say we own it to the tune of $14 trillion.

But the good news is that Obama isn't insensible to nation-building. While last year's stimulus bill fell far short and didn't meet expectations, Obama is willing to sink hundreds of billions more into Afghanistan, a nation characterized by arid desert and rubble, one ruled by warlords and drug lords like the brother of our puppet, Hamid Karzai. Obama's surge and our COIN strategy is ridiculed by Gen. McCrystal's own staff tasked with implementing it and for some damned good reasons.

Yet we think that throwing money we don't have into a festering money pit like Afghanistan deserves a higher priority than job creation and nation-building here at home.

George W. Bush was the most spectacularly inept, incompetent leader under whom this nation ever suffered. Afghanistan is Obama's stepchild but it has Bush's DNA running through its collapsed veins. Yet while we criticized Bush for essentially forgetting about Afghanistan and keeping troop levels year after year at around 15,000, in retrospect the Bush administration wasn't too crazy about throwing literally tons of money into what was plainly a losing cause (that's what Iraq was for).

And spending decades and trillions of dollars into rebuilding a national infrastructure after having already blown a trillion and nearly a decade to that end with no discernible result before actually rebuilding the government is something even a high school social studies student would nowadays call "whacked."

By nearly 2 to 1, respondents to the most recent New York Times/CBS News poll believed the United States is on the wrong track. Despite the yelping and destructive machinations of the deficit hawks, employment and the economy are by far the public’s biggest concern. Mr. Obama is paying dearly for his tin ear on this topic. Fifty-four percent of respondents believed he does not have a clear plan for creating jobs. Only 45 percent approved of his overall handling of the economy, compared with 48 percent who disapproved.

He follows this up with the hopeful but naive sentiment that it's not too late for Obama to turn things around and give us reason to hope again. He will not. It may be true that Obama is hoping to reelected to a second and final term and enact a truly progressive agenda not beholden to corporate interests.

But we elected him to do that now. The man who made a show of eschewing lobbyists and corporate campaign contributions from his campaign had now loaded Washington with the same people who were told to wait at the door, many of them the very same people who helped get us into the aforementioned economic quagmire.

So maybe we all ought to just pack up, go to Afghanistan, burn our passports and hold out our hands to be heard and helped. That tactic seems to work for the Afghanis.
3 comments

Anonymous said...
Wow. Talk about unmitigated hate-spewing. I think that the context of the opinion could have been very effective without the personal slams/jabs at the Palin family. Are you really that afraid of them to drag them into this diatribe? Remember, Obama and his controllers own the economic and social mess America finds itself in. How long are you going to beat a dead horse? I would agree that many things were started by the Bush administration, but how long are you going to blame anybody else but the 'fundamental change' proponent in the White House?
6/29/10, 12:20 PM

Friðvin said...
Hey, Anonymous, remember, we the people "own the economic and social mess America finds itself in."

You can only blame politicians just so far before you have to start pointing a middle finger or two at corporate interests.

Are you willing to take that step?

If not, shut the hell up and retire to your spider-hole of ignorance.

Politicians are nothing but puppets of the corporations. And last time I checked, we hold those folks in high esteem. And by "we," I'm including Palin and her entourage.
6/29/10, 10:08 PM
Post a Comment
<< Home
Contact
Home
Email:
brilliantatbreakfast at gmail dot com
RSS