Brilliant Recent Posts
Jon Stewart and Barack Obama on the Bradley Effect...
The heck with "Joe the Plumber." Meet "Joe the En...
Can we get this straight please? Barack Obama did...
I'd switch teams for Samantha Bee
So, Politicians Are Boring, Eh?
How much are the Republicans paying "Joe the Plumb...
The U.S. has no moral high ground to say a word ab...
I don't know about you but I could use a nice stor...
Puttin' On the Ritz
Cue the Republicans screaming that they aren't Ame...


Just part of what's at stake on Tuesday
Posted by Jill | 9:23 PM
Every generation has its photos that seem to capture an entire era in a moment. When we think of WWII, we think of this photo: 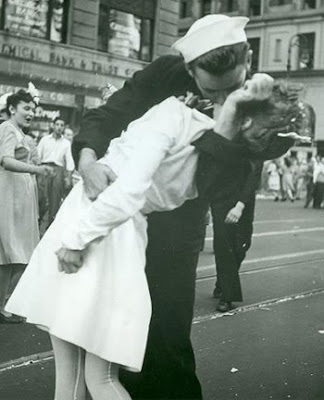 For most baby boomers, these photos capture the times in which we grew up: 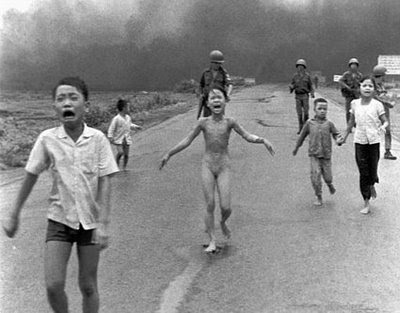 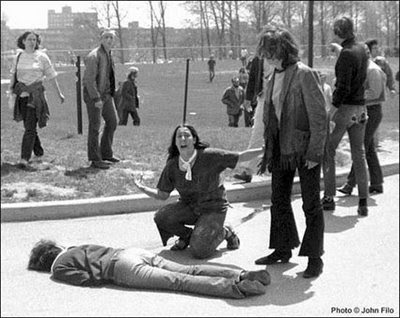 Today I think we could do far worse than to have this photo epitomize the Obama era: 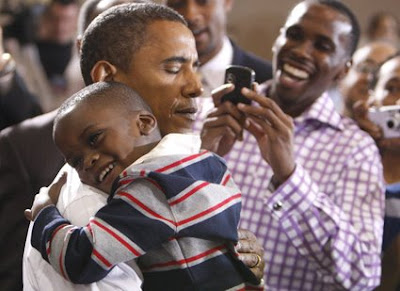 I saw this photograph last week and it's stayed in my mind ever since. Look at the smile on that child's face as he's held by a man who just might be our next president -- a man who looks like him. Look at the man, presumably the child's father, getting ready to take a photograph that both he and his son will treasure forever. Look at Barack Obama's face as he holds this child, fully aware of what he has come to mean to not just this child, not just this father, not just to black Americans, but to all of us who think that America has a responsibility to be better than the hate and fearmongering and narrow-mindedness and racism of the Republican party in this millennium.

I love this photo. I love this photo because in capturing three American black males at a critical point in our history, it also depicts a universality that Republicans want us to forget. I look at this photograph and I think of another photo of a boy with a president; a photo capturing a moment that inspired that boy to a career in public service. And then I look at this child's beautiful, happy face and I wonder if someday we will see him too stand on the steps of a historic hall and announce his own candidacy for the presidency.

Jennifer said...
What a heavy weight Obama must feel to know the hopes of so many Americans are on his shoulders. I don't envy him.
I love this photo. Thank you for posting it.
10/31/08, 8:13 AM

Anonymous said...
I have become addicted to the pictures that they show each morning on Jack & Jill politics. They often feature pix like the one of Obama and the little boy. I find them so compelling for the broad message of inclusion and hope.

Rhode Island Rules said...
I was thinking about Kent State this morning and how ever since Kennedy won the White House they have been taking our leaders away - JFK, MLK, RFK, trying to destroy Clinton and crushing our hopes and dreams along the way. There is a ruthless bunch on the other side who want desperately to stay in power. The good thing is that most of them are old, white men and they will be dying off. In 20 years when this country becomes a minority majority it will probably be the best thing that happens to it. And in 200 years when we are all multi-ethnic and mocha maybe it will be a saner world.
11/1/08, 8:14 PM

Anonymous said...
i'll go find a photo of some mom on welfare smoking a cigarette and talking on her cell phone while purchasing doritos and 12 packs of coke with food stamps for her 9 kids..and just in the background, a small business owner looking at his W-2 and wondering if his business is going to collapse. that's the picture that would symbolize the obama era for me.
11/7/08, 7:02 AM

sakilov said...
What a great photo, but what i have on my screen is very revealing too: in the center of your page, Obama holding the kid in his arms, and right on the left of it, in the left column where advertising is found, the cover photograph of the book "The Real McCain", which depicts McCain nested with eyes closed in the arms of frat boy George. Same angle, same pose—scary!
11/8/08, 6:00 AM