Brilliant Recent Posts
Is the fix in already?
Monday Big Blue Smurf Blogging: What They Said
You'd almost think they WANTED a stronger Al-Qaeda
John asks the question so I don't have to
Bilderberg '08: Woodstock for Scumbags
Sunday Night Nostalgia
Who the hell in Congress authorized this?
Will Someone Wake Up the Barbarians to the North, ...
Around the Blogroll and Elsewhere
But they want to drill for sticky black stuff ever...


Lie of the Ancient Mariner
Posted by jurassicpork | 9:36 PM 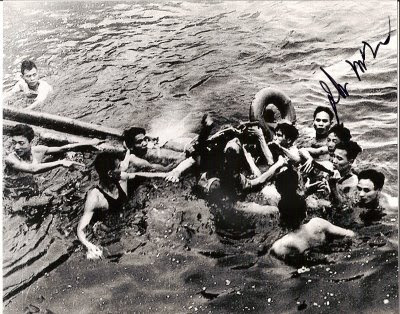 .oO If this doesn’t get me in the Oval Office, nothing will. Oo.


Think of the “dust up” that would’ve ensued if Clark had floated (no pun intended) the notion that McCain had started the Forrestal fire in 1967.

Yesterday on Facial the Nation, retired general Wesley Clark said something inescapably true that apparently Republican surrogates are vehemently denying: That getting shot down and held in a POW camp for five years is not in itself a qualification to be President.

Clark prefaced his comments to Bob Schieffer by saying McCain “endured physical torment in service to our country” and “no one should ever devalue that service, especially for the sake of a political campaign, and that goes for supporters on both sides.” And then, “I certainly honor his service as a prisoner of war. He was a hero to me and to hundreds of thousands and millions of others in the armed forces, as a prisoner of war.” You know, vicious deadcatting like that.

After farting out some dust, Schieffer then said that Obama didn’t have any military experience at all, to which Clark responded, “Well, I don't think riding in a fighter plane and getting shot down is a qualification to be president.” 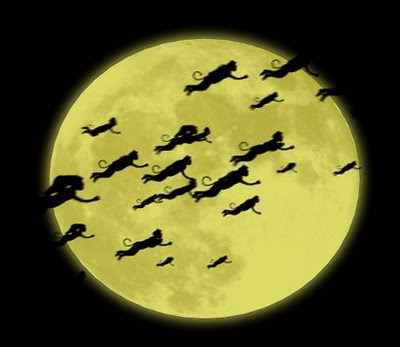 Well, I don’t have to tell you what happened next: Camp McCain organized a conference call involving five people, including John Warner, Bob “Little Blue Pill” Dole and the unfortunately-named Lt. Col. Orson Swindle. In other words, GOP partisans. The AP article says in the second paragraph, “The candidates, Obama and McCain, took the high road while the bare-knuckled language was left to their surrogates.” Uh huh.

This is how McCain took “the high road”, emphasis mine:

“If that’s the kind of campaign Sen. Obama and his surrogates and supporters want to engage in, I understand that. But it doesn’t reduce the price of gas by one penny. It doesn’t achieve our energy independence or make it come any closer. Doesn’t make any American stay in their home who's at risk of losing it today. And it certainly doesn't do anything to address the challenges Americans have in keeping their jobs, homes and supporting their families.”

Well, back atcha you, Captain Crunch. Your gas tax holiday is a long-discredited joke. Offering $300,000,000 for a car battery that already exists does not even begin to address the necessity for oil independence (it takes oil to manufacture any car, plus the oil required to power the power stations from which we derive our electricity that would charge your three hundred million dollar battery) and the last time I looked, I don’t recall you offering anything but cartoonish solutions for the subprime housing crisis.

And, uh, Obama quickly distanced himself from Clark’s remarks, which were made to represent the general’s own views and not Obama’s nor any of his surrogates. You, on the other hand, five weeks ago had already taken swipes at Obama for not serving in the military, a judgment that you chose not to reserve for that champagne flight yahoo against whom you ran in 2000.

We have got to stop deifying Republican presidential candidates simply for having served and even suffering during wartime (Bush, I hate to bring up again, did neither. Alright, I don’t hate to say it). We also need to stop needlessly criticizing and scrutinizing that of Democrats running for the same office. Nixon had briefly called the account of the sinking of PT 109 into question and had the good sense to back off. But this isn’t 1960 anymore. And when it comes to Republicans, we tend to dust off the John Sousa Phillip songs and play them whenever that rarest of animals, a Republican who’d actually served in the military during actual wartime and actually suffered harm, climbs onto a stump.

Clark, who’d graduated first in his class while McCain finished 894th out of 899, is right. Getting shot down into a lake and sitting in a POW camp for five years doesn’t qualify McCain to be president anymore than Kennedy getting his boat sunk qualified him for the job. Anymore than Nelson Mandela's decades in prison in South Africa qualified him to be president of that country.

So support Gen. Clark and sign Vote Vets’ petition before Clark does the inevitable and apologizes for telling the truth and let’s put this military hero worship in mothballs.

Addendum: This is to serve notice that I'm finally completely out of blogging forever. I deleted Pottersville tonight at about 9:15 and have absolutely no plans to come back with a third blog. It's sucking the life out of me, out of my novel, out of my time and the benefits, the justification, the entire reason is simply no longer there.

So, Jilly, thanks for letting me post here at B@B but I'd appreciate it if you would remove me as a contributor for both here and the Chris Matthews blog.

Melina said...
JP/Robert-I am hanging precariously over that same cliff that you have just jumped off of.
I hope to hear more from you in blogtopia (xoxo Skippy) someday, because you've got an important voice in things and I appreciate your writing...I'll miss reading your stuff and hope to soon be reading your book. But don't be a stranger...maybe you'll be overtaken with the urge to guest blog sometime.
Theres no reason to be so final...
As for me...Im hanging in there for now, even though my disappointment at how things are going makes me want to just retire into a simple little life with my chickens and reality TV. Imagine life with no news because its just too depressing...Imagine just not worrying about what might happen tomorrow or next year or ten years from now...
I wish I was built that way, but Im not!
So onward and upward...
Thanks for that great post on the Clark thing. Im working on another despairing post about that, and as usual I look back and just go NO...too much despair and questioning of what the fuck is wrong with these people.

Bob said...
Why delete a blog & all that writing? Why slam & lock doors that don't need to be completely closed? Just because someone hasn't written a poem since college doesn't mean they can't tap one out now & again. This won't balance it for you. If you want to write a novel, just get on the schedule & write one & see what you got left. Sheese.
7/1/08, 1:03 AM

jurassicpork said...
I'd just had enough, guys. That's the short version of a much longer version that I'd sent out asd a mass email to the few people who bothered to ask me what happened to my "important" blog that couldn;t even maintain 700 hits a day.

Remove the blog, remove the temptation to leech more time away from my personal life. It had to go, plain and simple and I don't have any remorse for doing so. Blogging is a bad habit, especially when there are no discernible benefits. It's like gambling- It's not a problem as long as you're winning, you know?

Well, Pottersville was slowly dying. I was trying harder and harder to get my readership up and no one cooperated. It actually seemed at the end as if the better I wrote, the fewer the hits.

So in a paroxysm of rage, I deleted the motherfucker. It became symbolic of the ongoing failure that is my life. People just got sick of me. Fine.

I'll be bumbling in from time to time, commenting here and there to keep from feeling adrift. But blogging? Uh uh. Not a chance.
7/2/08, 6:43 AM
Post a Comment
<< Home
Contact
Home
Email:
brilliantatbreakfast at gmail dot com
RSS