Brilliant Recent Posts
9/11, grief, and the politics of victimhood
Susan Werner
Bad Choices
Hu-Huh....Petraeus on the New Theory of Relativit...
Meet your exciting new Republican candidate for th...
But don't look at this, look at the guy pushing th...
I Don't Like Mondays...
What a surprise! Petraeus asks for another Friedm...
...same as the old boss: the sequel
The Best Damn Car Ever Made 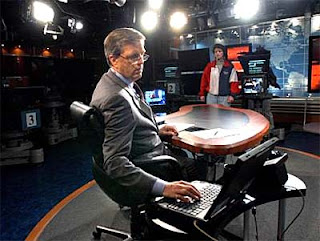 On this, the sixth anniversary of the terrorist attacks, let us remember and never forget the lessons of 9/11 as taught to us by the Truthiness Giver Brit Hume:

No constitutional right is too sacred, no civil liberty too precious to throw on the junkheap like a spare carburetor part or closet like an ugly Christmas present as a direct result of your leader falling asleep at the switch.

It was never about the oil. Well, hardly. Until now, anyway.

Let us never, ever take for granted the privations, hardships and ultimate sacrifices made by our well-rested, amply-compensated, fully-armored and in-the-loop troops who are fighting an al Qaida in Iraq that was always there. Before us. Even though we'd never heard the name prior to the legal and necessary invasion or even after the legal and necessary invasion until 2007.

Because Brit "How are you after your shotgun accident, Mr. Vice President?" Hume says so.

And because Dear Leader said it first, which proves that it's true.

And now (Dave Letterman drumroll, please) the top lesson of all is that after witnessing a flock of lies getting shot up, shot through and shot down like canned pheasants on a Cheney safari...

...the biggest lesson of September 11th (and you young, up-and-coming, jaundice-eyed, Bushie-tailed college Republicans ought to pay heed for when it comes time for you to legally and necessarily invade a defenseless, third world country on your own), is to pick up the bloody and shredded corpses of those lies, duct tape the feathers back on and stuff them with fresh talking points and use any and all taxidermic tricks at your disposal. Mount them prominently on a $15,000,000 stand and present those lies boldly and garishly in the Bates Motel Oval office. Jiggle them for effect, make chickenhawk sounds, see how wide open the little kids' and Republican red staters' eyes get:

Saddam had WMD's. We found the empty canisters from his chemical weapons from before the early 90's to prove it. Rick "Dead Baby Whisperer" Santorum said so.

Saddam paid off al Qaida for the privilege of them destabilizing his neat little dictatorship.

When these start to stink, get out the Febreeze, spritz conservatively (never liberally) and restuff as necessary.

And now America is stuck between such valuable lessons and a hard place, with American Caesar, Jr. telling Congress and the American people that their loved ones need to remain, all 162,000 of them.

Because as he himself said, the surge had a one in four chance of succeeding.

That it would take 9-10 years to clear out the insurgency.

That Iraq will still need upwards of 130,000 troops even if security is restored...

...for at least another year over that flock of gut-shot, shredded lies.

Ladies and gentleman of the United States of America, start… your… bleeding. It has only begun. We are six years and 6000 miles away from September 11th. We are so removed from September fucking eleventh, even though we’re using 2001’s calendar all over again, we are so far from September 11th that you can just smell the post holiday goodliness of another season of Fox’s American Idol (every year, it seems, they feature at least one person in uniform who’s served in Iraq or Afghanistan, Fox’s obligation to us that those who serve in the war on the late Saddam Hussein will never truly be forgotten… until the first commercial break).

And we, a hemorrhagic, hedonistic nation of couch potatoes, twisted eyes and all, are looking for retreat with honor in the world’s most powerful nerd, the hastily-promoted Gen. David Petraeus, an academic who graduated from West Point with, appropriately, a BS. Before Iraq, the closest Petraeus ever got to seeing any action was when he accidentally got shot in the chest on a firing range and, miraculously, survived both the bullet wound and the treatment of Bill “We Can Rebuild Her: We Have the Technology” Frist.

As far as training the Iraqi security forces goes, the only person there who did an even worse job than him was Giuliani human wallpaper Bernard Kerik, who was asleep half the time.

This man is the answer to our problems in Iraq, and all in the name of a man, a toy soldier who’s succeeded in degrading our military from one that defends our country to one that merely defends a political party and a pack of lies, human wallpaper even grander than Bernie Kerik, colored olive drab.

Ladies and gentlemen of America, start your bleeding. Because the 3000 who were killed six years ago today were but the down payment on the immoral check that Bush cashed against his intellectually, emotionally and morally bankrupt soul.
0 comments