Brilliant Recent Posts
Where's Woman?
Where the Chess Players Used To Sell
Can This Nation Survive This Much Stupid?
In Ohio, voting is only a right if you're white
Paul Ryan is a liar too
Open Thread
The Riot of the Pussies
Mitt's Whiteboard
Plug it, Sarah
Goodbye, Johnny 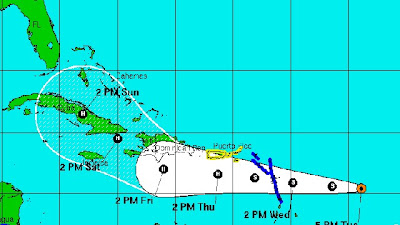 Mike Flannigan, my erstwhile collaborator here at Pottersville, has been sent by Ari Goldstein, his editor in chief, to cover the Republican National Convention in Tampa. Between now and the duration of this clown show that starts on Monday, Mikey is going to be publishing excerpts of his diary as well as at least one or two articles on the convention itself. Since he arrived just tonight, he's already sent me his first diary entry that he'd started writing on his flight to Tampa.

5:40 About to land in Tampa. On the radar map, the storm is approaching Tampa like the ejaculation of God. Everybody's worrying about Tropical Storm Issac briefly inconveniencing the convention. I wonder where all this concern was just before the Category 5 Hurricane Katrina seven years ago? Or about Haiti and its tent cities that are also in the storm's path? And I wonder how Pat Robertson will try to spin this? Remembering how certain wingnuts were praying for a hurricane to hit the Democratic convention at the Pepsi Convention Center in Denver, CO, three words come to mind: Karma's a cunt.

5:49 A Republican delegate from New England is sitting behind me and I thought I overheard him say something about Issac being "a Jewish conspiracy." I don't know if he was serious but the woman with him heartily laughed about it.

6:11 Just checked into the Ricky Ricardo Arms. As you can guess, it isn't quite a five star hotel like many of the mucky mucks and delegates will be staying at. The service isn't exactly stellar. Not only do the bellhops not carry your bags, one even asked me to hold the elevator for him.

6:22 I just saw a Palmetto bug in my bathtub. I swear to Christ, it's the size of a fucking boogie board. Complained to the manager just now. He told me pets weren't allowed and he'd have to charge me double. Thank God he started laughing just before he hung up on me. Everybody's a fucking comedian when Republicans come to town.

6:40 You've gotta be kidding me. Just got a call from a panicked Billy Frazee. How the fuck does me expect me to bail him out from 1300 miles away?

6:43 My wife Doris called right after. Without checking the caller ID, I answered it with, "I'm not bailing your ass out!" Her response was, "Is that so? Remember with fondness the TSA checkpoint at Logan when you get back. It'll be the closest thing to sex you'll get for the rest of the year. Asshole."

7:12 From my window, I can tell Republicans are starting to arrive in Tampa. The skies are getting grey, people are looking apprehensive and the city looks more and more like Mordor. Oh, the storm. Right. Still...

7:39 It never ends. Just got a call from a bail bondsman in Connecticut. Billy actually gave him my number, told him I'll put his bail on my debit card. I told him Billy was some random stranger who's been stalking me. Making a mental note to be extra nice to Billy his first birthday after his parole.

7:49 Checked the so-called minibar. Found a half a jar of cocktail olives, a Pearl beer and a condom. All I need is gin, vermouth and a box of Kleenex and I'm all set until the TSA gets another crack at my goodies.

8:20 I'm wiped. As soon as I finish this entry, I'll send this off to Crawford. I hope he doesn't beg me for money again. He's getting to be a pain in the ass. Called Ari and told him I arrived safely. He was only concerned about my laptop making it through the X-ray machine. That man's compassion always chokes me up.
0 comments