Brilliant Recent Posts
Some things are inevitable
Disinherit the Windbags
Let Us Speak of Pheasants and Peasants
Whatever you might think of Mike Bloomberg in gene...
My head just exploded. I hate when that happens.
This is the future of the American worker
Sharron Angle's "Second Amendment Remedies"
Monday Big Blue Smurf Blogging: What They Said
This is what happens when you give bullies your lu...
They shoot horses, don't they?


The News at a Furtive Glance
Posted by jurassicpork | 2:04 PM 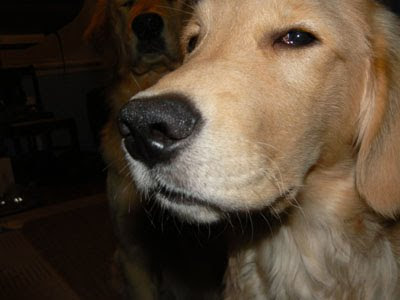 Pill-Popping Child Molester Listened to Yet Again
"As far as the media's concerned, Mrs. Obama deserves this. Look at the sordid past. Look at our slave past, look at the discriminatory past. It's only fair that people of color get their taste of the wealth of America too." - Unofficial Viagra pitchman Rush Limbaugh on Friday, sneering as he said it.

Can we please, once and for all, laugh Rush Limbaugh out of the public discourse for being the embarrassing racist fuck that he is? Because he thinks any perceived advantage that African Americans, even the First Lady, get from the media or anywhere else is a result of the Affirmative Action that Limbaugh loathes for its "discrimination" toward his downtrodden Aryan brothers and sisters.
Ten Medical Aid Workers Murdered by Taliban in Afghanistan
It's creepy when life imitates art. It's even creepier when it's the Sylvester Stallone movie, John Rambo, the fourth installment of the First Blood series. In that movie, humanitarian aid workers and doctors were slaughtered and held hostage by thugs in Myanmar.

This time around, ten aid workers were killed by Taliban militants who have already taken responsibility, claiming they killed the aid workers for spying for us and preaching Christianity, charges even the Taliban can't be stupid enough to believe.

It'll be interesting to see how Time treats this in their next issue, perhaps wondering aloud if this will happen if we leave Afghanistan. (Editor's note to Time's editors: Hey, assholes. We've been there for the last 9 years and the Taliban is doing this at will. Why do you think Karzai is negotiating with the Taliban and inviting them to run for public office? Because he's long since given up on any American solution.)
Republican Named After Lizard Leaves Comments Open After Hypocritical Post About Marriage
According to adulterer Newt Gingrich, marriage ought to be between a man and a woman. One man, one woman... at a time.

Suck my dick, Newt, and make it sloppy this time. Easy on the backstroke, too.
US Loses 131,000 Jobs Last Month
...because the federal government laid off all those census workers (maybe we can put them back to work counting all of Rush Limbaugh's, Newt Gingrich's and Rudy Giuliani's ex wives). But the Obama administration will, instead crow about the 71,000 jobs added to the private sector... which is exactly half what the government's "experts" predicted.

But considering the stunning comeback of the Taliban these past few years, I don't think they needed any help from a previously obscure private. I think we ought to execute every Congressman for appropriating tens of billions more for Obama's inherited little war considering that God knows how much of it will wind up in the pockets of the Taliban and tribal warlords we're bribing for not killing us.

But that's just me...
Reservoir Dogs at BP to Tempt Fate, to Drill in Same Spot
"But... but... there's oil and gas down there! The money. Dear God, the money to be made!" BP says.

Well, yeah, we allowed them to drill without taking the proper safety protocols and without presenting an oil spill plan that didn't sound like something out of Saturday Night Live and they completely Katrina'd the Gulf coast for the next generation. So what makes them think it'll happen again?
6 comments

Anonymous said...
"Suck my dick, Newt, and make it sloppy this time. Easy on the backstroke, too."?

I'd like to see less of Jurassicpork on this blog...much less. Whereas Jill's commentary and analysis never fails to be intelligent and worth pondering, Jurassicpork's are self-indulgent rants that are best forgotten quickly, or even simply skipped over.
8/7/10, 9:41 PM

Anonymous said...
Your title is unfair to reptiles. A newt is an amphibian, not a reptile. Before you go using reptile as an insult, just remember, it was reptiles who came up with the idea of fertilizing the egg before it was laid.