Brilliant Recent Posts
Best. Ad. Ever.
I....Just....Can't....Watch
Blackwater: Using the Iraqis for target practice
John Edwards Rocks MTV/MySpace, Thursday at Noon E...
Another Downing Street Memo...will anyone care thi...
Bush, think for once in your life
Liveblogging the Democratic Debate
What the fuck is wrong with these people?
Another sign that Hillary Clinton has as little re...
Democrats, this is how it's done


Well, it looks like Olbermann has his Worst Person for tonight
Posted by Jill | 7:15 PM
It's comedian Rush Limbaugh in a landslide.

As Media Matters reported today, Rush Limbaugh, on his show said that those troops who come home and want to get America out of the middle of the religious civil war in Iraq are "phony soldiers." I'd love for you, Rush, to have me on your show and tell that to me to my face.

First, in what universe is a guy who never served even close to being qualified to judge those who have worn the uniform? Rush Limbaugh has never worn a uniform in his life -- not even one at Mickey D's -- and somehow he's got the moral standing to pass judgment on the men and women who risked their lives for this nation, and his right to blather smears on the airwaves?

Second, maybe Rush doesn't much care, but the majority of troops on the ground in Iraq, and those who have returned, do not back the President's failed policy. If you go to our "Did You Get the Memo" page at VoteVets.org, there's a good collection of stories, polls, and surveys, which all show American's troops believe we are on the wrong track, not the right one, in Iraq.

Does Rush believe, then, that the majority of the US Armed Forces are "phony?"

Third, the polls and stories don't even take into account the former brass who commanded in Iraq, who are incredibly critical of the Bush administration, and it's steadfast refusal to listen to those commanders on the ground who have sent up warning after warning. Major Generals John Batiste and Paul Eaton left the military and joined VoteVets.org for that very reason.

Finally, as Media Matters notes, just recently, members of the 82nd Airborne in Iraq wrote a New York Times op-ed, very critical of the course in Iraq, and suggesting it was time to figure out the exit strategy. Two of them just died. Will Rush call up their grieving parents and tell them that they should stop crying, because they were just "phony soldiers?"

There's more. Guys like Limbaugh don't realize that when they fuck with guys like Jon Soltz or Paul Reickhoff, they aren't dealing with people who give a rat's ass what people in the punditocracy say. For these guys, theoreticals can get you killed. Let's see if Limbaugh takes Soltz up on his offer. I'm sure we already know the answer. 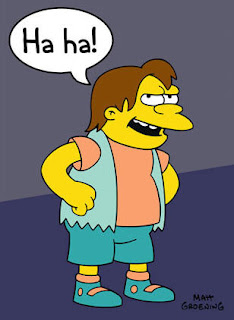 Meanwhile, shall we demand an apology from Rush Limbaugh for disrespecting active duty military personnel on the precedent of the sense of the Senate resolution passed the other day about the Moveon.org ad? Reps. Patrick Murphy, Frank Pallone, and Jan Schakowsky have. So has John Kerry in a statement released today:

"This disgusting attack from Rush Limbaugh, cheerleader for the Chicken Hawk wing of the far right, is an insult to American troops," Kerry said. "In a single moment on his show, Limbaugh managed to question the patriotism of men and women in uniform who have put their lives on the line and many who died for his right to sit safely in his air conditioned studio peddling hate. On August 19th, The New York Times published an op-ed by seven members of the U.S. Army's 82nd Airborne Division critical of George Bush's Iraq policy. Two of those soldiers were killed earlier this month in Baghdad. Does Mr. Limbaugh dare assert that these heroes were 'phony soldiers'? Mr. Limbaugh owes an apology to everyone who has ever worn the uniform of our country, and an apology to the families of every soldier buried in Arlington National Cemetery. He is an embarrassment to his Party, and I expect the Republicans who flock to his microphone will now condemn this indefensible statement."

Cue the hue and cry from Republicans screaming that this is a waste of time and we should be doing the nation's business.

Exactly. But hey, sauce for the goose, baby. You wanted grandstanding, you got it.